Michelin starred Chinese option within the heart of bustling Soho, showing mixed results on service but very good track record on cocktail and snack options in the downstairs bar if you do not have time for dinner

A lovely occasion to be squeezed in for counter dining and clearly the Peking Duck had to be done.  Lovely, spontaneous option however let down by the rather austere service giving the impression that their Address is probably the main factor in causing them to have to deal with a variety of drunken groups who want Chinese food and probably don’t know it has a Michelin star. 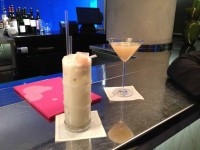 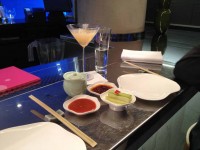 Cocktails and snacks at the bar 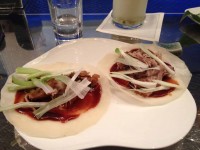 It’s better to think of this as the best option for Chinese Peking Duck in Soho with the bonus of having safety benchmark quality Chinese food rather than a special place to have Chinese food as the latter only produces disappointment.  As an option to have half a duck with cocktails at the bar it is unparalleled; as a sit down Chinese meal experience it was lovely; if one wanted to go for a special occasion I think you would be somewhat disappointed as the service is unsettled under pressure and you are not made to feel special.  However the food was a delight to have (again, in our hungover state) and the Peking Duck was the best option in the whole of London until HKK came on to the scene. 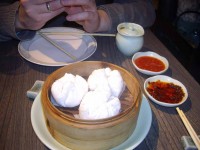 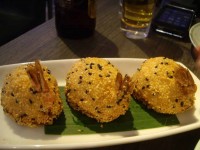 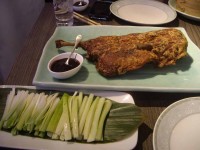 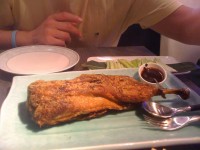 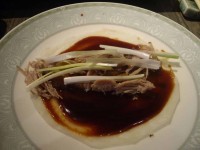 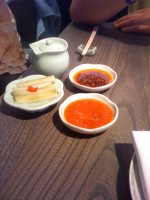 
Service has been dubious.