Subterranean Chinese restaurant within the Dorchester hotel offering affordable lunch set menus to a good standard in an elegant, but darkened, underground setting

I have always wanted to see what The Dorchester’s Chinese restaurant is like as it’s reputation has been very good over the years and so it was great to see for myself today.  The set menu at lunch for £27.50 which included a glass of red or white was very good value for the Dim Sum, three duck pancakes and (fillet) beef noodle dishes. The Dim Sum was fair but did need bringing to life by the rice vinegar and chili oil and sauces (both well done); the duck pancakes were very good although a little strange to have 6 pancakes with only three pieces of duck (explanation was that they came in a pack so not the best sign there) but the plum sauce was home made and very good and finally the steamed vegetables with oyster sauce were great, only let down slightly by the bland sauce that came with the beef slices.  However, overall and with the additions of the chili and soy sauce, it was still perfectly reasonable food and pleasing.

The only surprising aspect was the fact that the front of house (who I assume was the head maître d’ being in his suit at the entrance / exit) seemed to engage in a one-upmanship contest with me on my way out,  after I said thanks at the end and offered to leave this website address so the management knew where I would be writing (in case they were interested in what someone was writing about them in the public domain).

On the whole, the service inside the restaurant throughout the meal today was very attentive and although not the quickest (not even half the covers were taken at lunch today and yet the staff seemed to be working almost uncomfortably hard), the bit that let the meal down the most was having to engage with a passive-agressive head greeter on leaving.  Shame, as this was notable and has obviously caused me to write about it here, but ultimately the food was still a very good show and has passed the set menu lunch hurdle with flying colours; certainly enough to make me say that another visit to try the main Peking duck dish would be highly worth it at some point – hopefully the front of house will be less pedestrian on the revisit. 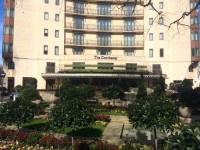 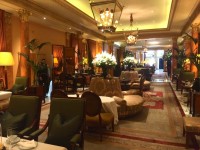 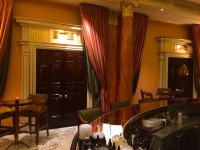 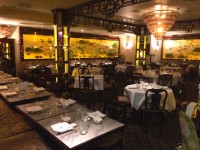 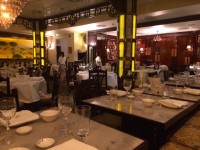 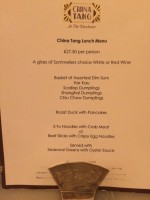 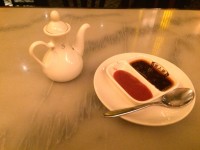 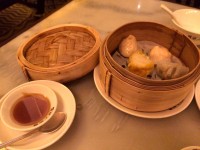 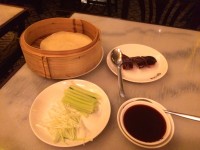 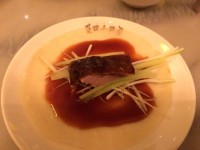 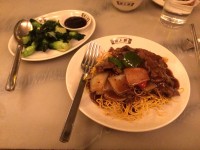 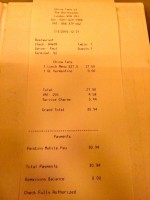