This was an interesting restaurant to visit.  Ellory has gained its Michelin star for the first time (2017 guide) and at first glance, would be the very opposite to the average person’s impression of a Michelin starred venue. This is good frankly, as it supports the belief that the stars are awarded purely on the food and on speaking with the staff at Ellory, the award can be a mixed blessing.  Great value here, with modern twists, a lot of vegetables (which was refreshing) in an unlikely setting but only just giving a reasonable return on the senses.

In terms of what I experienced, this was an informal venue with a look resembling a smart café with down to earth service.  The menu on this occasion was the only one served on a Sunday for lunch and was £30 for either the meat or vegetarian selection (snacks were extra).

I thought there was an original angle here in that the opening starters included three options, of which, you gain all three.  The cod roe was a nice option but a little too sharp and concentrated in comparison with that which I had at Outlaw’s Fish Kitchen and Paul Ainsworth at No 6, but the home made crisps were great to nibble with.  The guidilla peppers were nicely moist and juicy enough with salt and pickled glaze.

Although the vegetarian fennel, persimmon and celery was not my ‘bag’, I thought the beef cheek with creamed horseradish and celeriac puree was absolutely great.  There was certainly a kick from the horseradish but not enough to make the nostrils implode, as the horror show of bottled horseradish from supermarkets will very often do – so it was lovely to have a proper version from a pro.

I also thought the miso butter glazed over the broccoli with chilli was a very effective and pleasant way of making something I would normally run away from as highly enjoyable (in its obvious health benefit) and was definitely interesting as a result.  The rice pudding with thin, almost brulée, like sugared top was genuinely a delight.  Simple, well executed (lovely soft, creamy rice) and pleasant flavours.

So all in all, unpretentious, simple food with some pleasing effects I thought here.  The Sunday lunch for £30 was very good value based on what was offered and I would also recommend bringing your appetite with you for this menu as the starters were pretty much all starter size and represents very good value.  It was also very good of the restaurant to give a doggy bag to take away the parts not done on being so well fed. 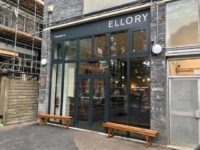 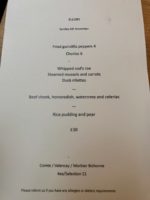 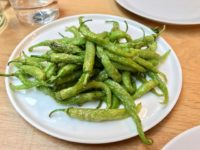 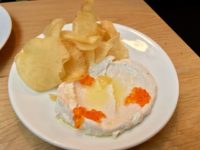 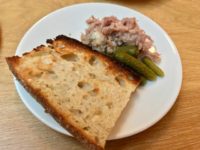 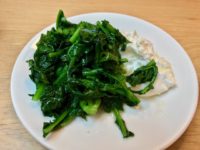 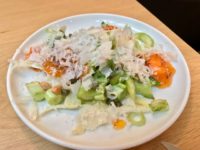 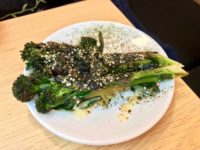 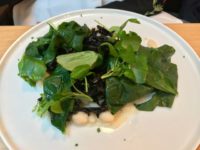 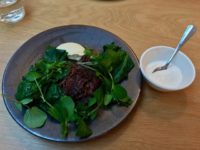 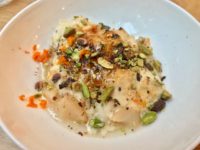