Having had the utter delight of a meal from three 3 Michelin starred chefs in Geranium, Copenhagen, (Eneko Atxa being one of them) I was alerted to the world of Azurmendi.  The exciting thing about his London opening is that it is the only other venture he has outside of his 3 Michelin starred Azurmendi in Bilbao, northern Spain so, naturally a bit of intrigue surrounds this restaurant.  As a headline I was pleased to see one of dishes at Eneko from his 3 star venue and there was fun creativity shown throughout our meal with a couple of stand out moments.

A flight of steps to a staging bar leads another grand spiral staircase down to a large and open dining room.  Thankfully it was actually quiet on our visit as we could only do a Monday lunch but actually this sometimes works out quite nicely as the staff are around in abundance as opposed to being a struggle to track down. What was also nice to see were the bespoke touches such as the herbed butter being mixed in a pestle and mortar in front of us at the beginning of the meal for our freshly baked bread and wine from Eneko’s own vineyard which is not available anywhere else – this turned out to being rather refreshing.

All the dishes here are Basque inspired tapas dishes and there was a sense of fun in the design and notion of sharing as many as possible which adds to the casual nature of it all.  All the dishes were generally pleasing from the grilled langoustine with bacon sauce to the wonderful Talo (traditional Basque dish like a taco but rolled flat and decorated with heritage tomatoes and fresh herbs) and the absolutely explosive mushroom and cauliflower cream with egg yolk.  It was fun breaking the mushroom crisp on top to get to the bowl of ‘goodies’ and this really was knock out.  The signature hake dish was lovely to see again and was definitely pleasing but it is simply is a notch upwards when delivered from his 3 star kitchen / arsenal in terms of utter delicacy of batter crispness and sweetness of the pepper sauce in comparison.

The dessert trolly was a show in itself and all came with a pleasant and creamy ice cream (similar to an Italian gelato) but the absolute star was probably the simplest of all dishes which was the traditional Torrija.  This was a sponge soaked in vanilla cream for 48 hours and then warmed prior to serving.  I would deliberately pop back in to Eneko for this alone if I am walking anywhere near.

All in all this was a lovely, new venture to try with noticeable effort gone in to everything.  The tapas style dishes are fun with some genuine gold moments and as a whole, it came across as shy of Michelin starred level comparatively.   Eneko at One Aldwych is not trying to be a 3 Michelin starred venue and did a good job of making dining social, accessible and enjoyable to numerous different palates. Eneko at One Aldwych (1) 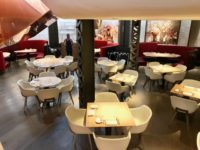 Eneko at One Aldwych (2) 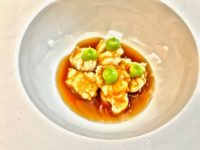 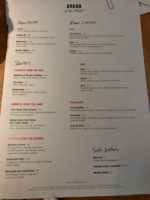 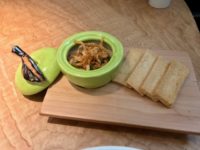 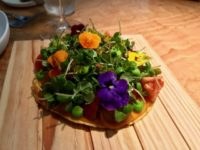 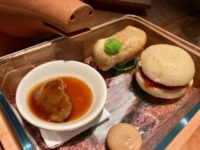 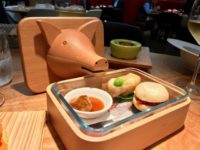 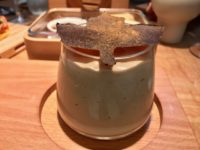 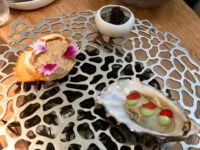 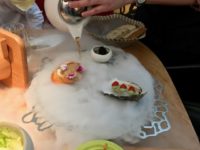 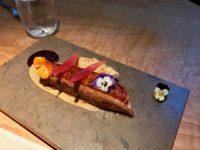 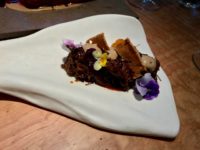 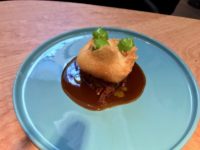 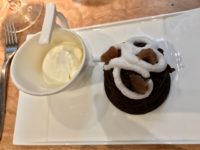 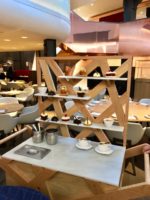 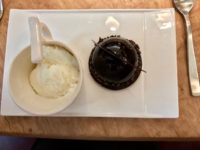 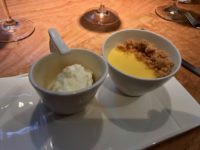 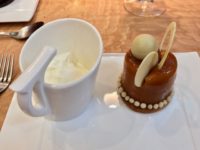 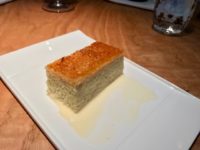