Strangely, I’m continually surprised at how cosy the interiors are when compared to the outside grandeur of country manor hotels and restaurants.  Fischer’s at Baslow Hall has an alluring and cosy, log-fired lounge area and although it was a cold November day with little foliage, it was nice to see their two walled gardens and surrounding grounds where pheasant could be seen in numerous places.

That leads quite smoothly as to what I had for lunch(!).  Snacks in the bar were followed by a corn cream velouté at the table as an amuse bouche.  The latter was pleasing but not as mind blowing as, say, the chestnut veloute at Wilks for example, but certainly not bad.  I enjoyed the cheese soufflé with pickled pears and whiskey drenched leaves which cut through this well.  If I had to be critical here, I would have preferred a slightly more moist soufflé however, this was a good combination of flavours.

And then on to the pheasant which would have been a crime not to go for in the heart of the game season.  The meat was beautifully done, moist and succulent and the potato crisps were a nice touch for texture but there did seem to be a little punch missing from the sauce – the accompanying jus was a little watery for me and I couldn’t pick up its flavour too much as a result.

However, this was a grand old place to visit with caring senior staff and pleasant to have come across. 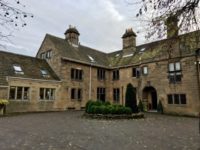 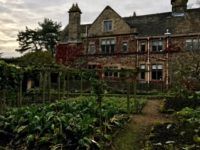 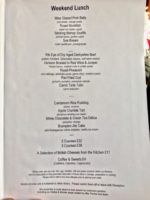 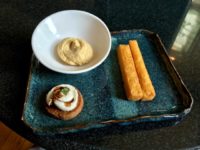 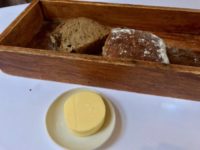 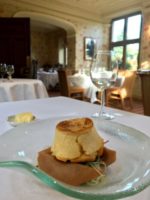 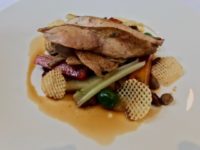 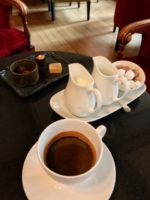 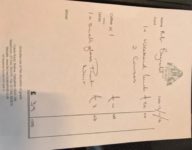 Not as exciting as some 1 Michelin starred contemporaries.