I have been to the outdoor café version of Iberica in Canary Wharf many times (just 20 metres from the restaurant and by the fountain of Cabot Square), but this is my first visit to Iberica restaurant.  Headlines are that it has a very nice layout and design with some comforting dishes and very fair wine selection but unfortunately there was plenty of areas to improve in other ways.  Key points on the food were that it was probably the meats and cheese and ham croquettes that were the most satisfying dishes; the squid was fresh enough but I think is done considerably lighter at City Social and the batter on the fish for the fish and chips was too soggy to enjoy.  Other dishes including the desserts were pleasant but not strong enough to make me wish to come sprinting back.

To begin, the booth table we were placed at had virtually nowhere to put one’s legs as a strange thing to experience and this was noticed by all four diners.  Not a great deal the restaurant can do about this now, but I would say it is noteworthy if you are tall otherwise you really will not be comfortable. There is also the surprising aspect that if you wish paella, it seemed from the waitress last night that you need to order in advance of getting to the restaurant – quite an unusual approach from the restaurant as I’m not sure how any diner would be able to anticipate this and it does not appear to say so on the online menu.

The service in general did not include smiles at anytime and appeared quite stretched and out of comfort. Language barriers can always be broken through eventually but there didn’t seem to be any desire from the staff to want to break through this barrier.  It was also a little strange that the we were asked if we would like to try the wine, indicated yes and full glasses of wine were poured.  There was general sincerity in the service so the full 12.5% optional service charge was given but there was general thoughts as to whether this should be given based on the general lack of warmth, difficulty in communication and the long waiting times between courses (approx 20 minutes to gain desserts at the end).

Such was the level of strain that the staff appeared to be in for a half full evening I actually assumed this was a new opening, but on asking, it was revealed that they had been going for 4 years, so I’m not sure why there was obvious stretch in the service and hospitality on this visit. Ultimately, I believe the strength of Iberica here may be the ability to have ham and cheese outside in the Summer by the fountains with some good wine; I feel the restaurant could up its game in terms of providing the experience. 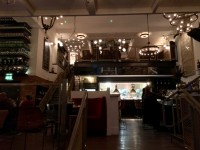 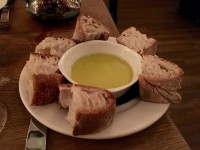 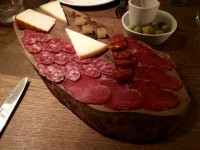 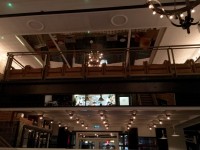 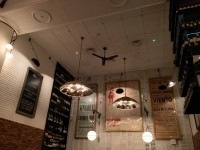 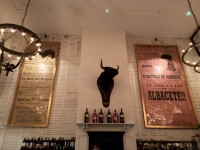 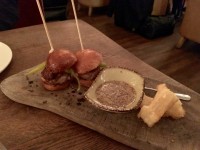 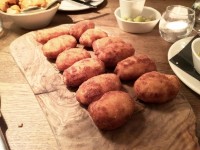 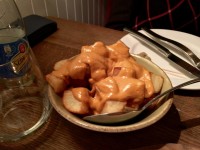 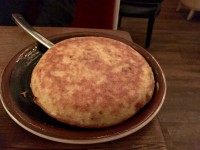 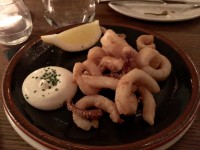 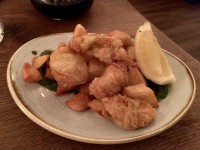 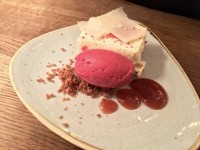 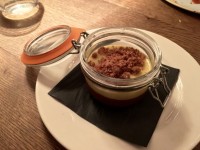 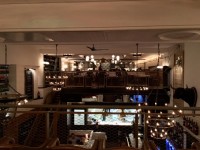 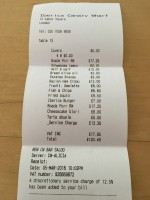