La Bottega is one of a few restaurants in Florence with a Michelin star and was chosen for the main meal for this visit to the city on a Saturday evening.  The menus were customarily more expensive at this time with tasting menus ranging from 6 courses for €95 or 8 courses for €115 per person or the a la carte for roughly €80 pp (3 courses).  We chose the latter owing to more favourites to choose from and were treated to three welcome nibble / amuse bouche courses, all of which were pleasant but with the beetroot crisp, onion and cheese bite being the only one that produced a higher note.  This generally set the tome of artistically presented food which, thnkafully, actually tasted very good at the same time.

The salted focaccia bread made on the premises was extremely good (no olive or butter served with it) and the clear winner at this stage was the foie gras crème brulee with red onion ice cream.  I thought the brioche was a little too small, charming as it was as this ran out quite quickly but all the components on this dish were simply superb.  I struggled to taste the truffle oil in the white chocolate and potato foam starter but the texture and skill on this was clear as a bell.  All other courses were beautifully done but I did think the lamb was a little heavy with the mustard seed paste (rather dense without much jus) and personally I would have preferred the pigeon in the pasta main not to be blended.   However, the butter sauce to accompany both pasta dishes and the mullet pasta with salmon caviar in particular was delicate, soft and highly pleasing.

The wine list was extensive with some extensive price tags to accompany at the same time (€300 bottles seeming to be abundant and almost the norm), however it also included a very reasonable €40 bottle of Chianti Reserve that was difficult not to go for.  This held its own and was luckily light enough to enjoy with our options.

The service throughout the meal was generally very polite, however for a Michelin starred restaurant it was surprising that one glass of wine on the table was left empty for roughly 5 minutes and had to be asked to be refilled and I was asked whether I had finished my main when I clearly had not and when I still had not, the other two plates were taken away with an apology as they realised they had done so prematurely.  Readers who are not used to Michelin starred experiences will read that and no doubt think worse things have definitely happened at sea, which I am all too aware of, but for a Michelin starred restaurant this is surprisingly poor to make these very basic errors in fine dining protocol.

We were all too full at the end to try a dessert, however the array of petit fours was a lovely compromise with espressos with the nut cream profiteroles being a lovely finish.  It was very nice to meet the Exec Chef (Antonello Sardi) towards the end who came and very kindly came and said hello and asked how it all was (to which the main points of the above were politely communicated).  All in all, this was a technically refined meal with some high-end moments and a great pleasure to experience as it combines these elements in a very nicely designed interior, by the river with generally very warm hospitality. 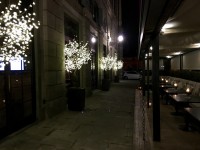 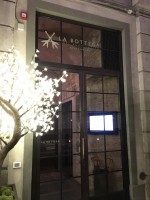 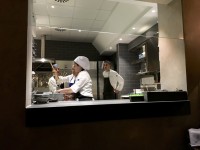 View from our table 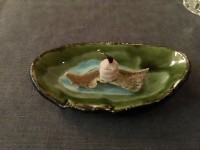 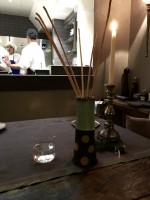 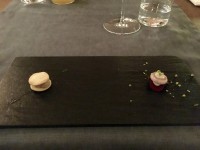 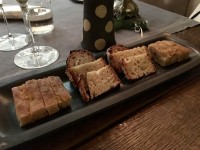 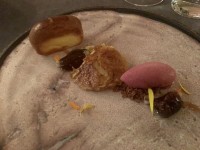 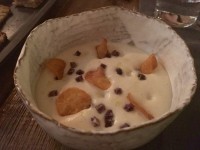 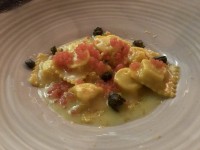 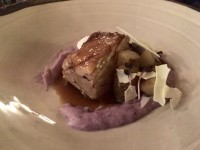 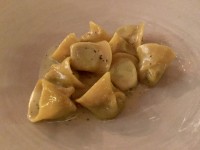 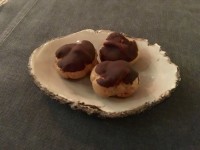 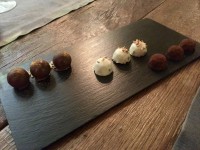 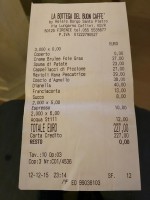