Locanda Locatelli is one of only three Michelin starred Italian restaurants in the UK (the other two being The River Cafe and Murano).  The dining room appeared identical to how I and the photos recall on my first visit 6 years ago, as were some food aspects.  I forgot that it was attached and accessible to London’s only Hyatt Regency hotel but a separate business as I was steered on asking.  The dishes here proved fulsome and capable with some good breads in the mix as well and whilst I didn’t leave punching the air, the service and offerings were on general form as a competent Michelin starred venue.  Lunch for two with a glass of wine was just under £100 which is higher than the average (no set menu or little options on this a la carte menu only) and this was just about acceptable when looking at the whole package. We certainly did not leave hungry and it was not a wasteful visit.

In 2002 Giorgio Locatelli opened this restaurant; he gained a Michelin star the following year and they have held this accolade ever since.  Although I gather the kitchen has had a make over in recent years, the dining room, decor and furniture appeared very much the same from my visit 6 years ago and much as I like the round banquettes and layout of the room, the cream coloured leather on the sofa seats were clearly in need of a similar facelift or change as ours appeared worn and stained in parts.

In terms of food, breads appeared to be a strength of the restaurant, so much so, that they are also used as the amuse bouche in the form of pizza and schiacciata mini breads (the latter being made with anchovies, tomatoes, onion and picorino cheese to a very satisfying effect).  A small pity was the butter being hard as rock and needing a good 15 minutes to become spreadable.  The bread sticks were as they were from years ago (fine, but unremarkable) and the the menu appeared to be a very similar format.

It was only after we had ordered our a la carte dishes that the specials were mentioned and in this was a wonderfully sounding chestnut soup which we ordered on top and shared.  This had good all round flavour and was appropriate as an Autumnal dish.  The mains were more on the spicy side again, appropriate for the fact that they mainly represent dishes from Southern Italy.  The linguine was indeed fine with well done lobster and chilli oil that gave a manageable kick for me, not enough for my dining guest who required some more heat; the staff happily obliged with some chilli flakes on the side on request.  The handmade pasta main (generally the size of long cigarettes) was a nice change from the norm and being quite thick cuts, this allowed the pasta to be the main component with a mix of spicy salami, tomatoes, black olives, buffalo ricotta cheese and parmesan shavings at the table.  This had reasonable flavour, but not as much as I was hoping for and was surprisingly clumsy in presentation for a Michelin starred restaurant.  Of the two mains, the linguine won the day.

Clearly, the fabled Italian tiramisu was needed to try – if you are in a Michelin starred Italian restaurant this was the most no brainer decision to make, to see how Locanda deal with this classic dessert.  This version was served with sugared amaretto crumbs on top which had a lovely crunch to them and although I had to forage for seemingly half a lifetime to get to the actual soaked biscuit base, this wasn’t actually a problem as the very best bit was the light, yet well-flavoured cream I had to wade through, so not a problem!  So, a worthwhile order is the bottom line here.

The ice creams I thought weren’t as successful but not a disaster at the same time.  The white chocolate ice cream had an almost perfume-like quality and was not a scratch on Le Gavroche’s version; the lime ice cream was a little too sharp for my palate but noteworthy with its delicate marshmallow sticks; even the pistachio ice cream was a little bit heavier and stronger than I would have preferred.  I was reminded to how a better version of pistachio gelato existed in a simple Gelateria experienced in Rome.   However, the almond biscuits of the petit fours were quite wonderful with their beautifully soft and moist interior with crunchy and warm exterior.  The truffle chocolates were also to a high standard of silky decadence.

Overall, I was pleased to be back here at Locanda Locatelli to see a better side of the food and although it does not have more reasonable set menu options, the staff were very accommodating throughout and it was a pleasant visit all round.  I think the format of the menu and the decor is approaching a time of a needed facelift soon and if you wish hearty and authentic Italian produce, then you are not going to go too far wrong than come here. 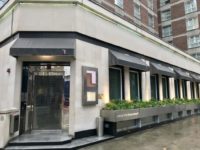 The lunch bill for 2 with a glass of wine

A pleasant meal had here and there were some pleasant moments including the thin strips of batter coated vegetables and fish course, however that’s basically as high as the happy valve rose to.  It was all good produce but simply unremarkable and regrettably one of the stronger memories of this establishment was the service that was not very warm; stern expressions with hardly any character or concerned faces from the waiting staff told a story of a place that took itself too seriously without being able to back it up with its food.  Not a horrid experience but the average nature of the food and the below average service combine to making no real desire to return in a huge hurry. 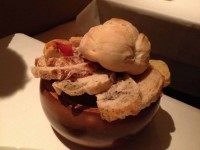 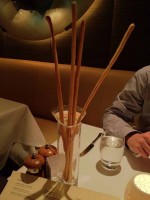 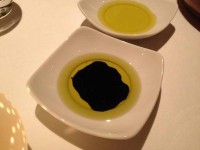 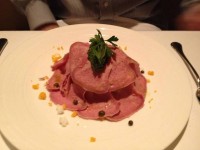 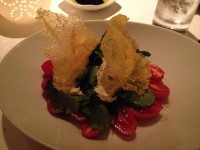 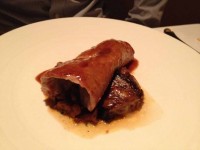 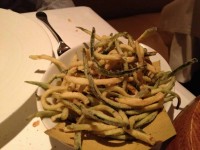 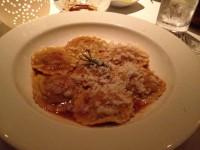 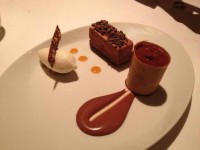 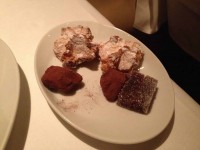 No wow moments from any food.
Service.