Luciano opened in August 2021 and is one of six restaurants from Gino D’Acampo (the others being in Manchester, Liverpool, Newcastle and another in London).  Luciano sits nestled within the same building of ME Hotel on the Strand (Aldwych) via it’s own, separate door.  For detailed notes of the meal I had, please click the expansion button below, but the summary for this first visit is that I was pleasantly surprised by this restaurant.  It would be understandable for many to assume that a high profile name above a restaurant would not guarantee great results (and there are several I could cite) however, I actually would not place this as such.  In general, the multi-regional dishes were executed well in their classic offerings and the environment makes for a swept up and casual occasion that would seem to suit business lunches and social gatherings well.

The menu is broken down in to the traditional categories for Italian cuisine with prices ranging from £9-£17 for starters and £18-£39 for mains and most desserts placed at £9, meaning that it can cater for most budgets and is relatively in keeping with central London. The wine list encompasses French and Italian wines and it was good to start with a fresh glass of sparkling Italian Franciacorta.

Freshly baked Italian bread crisps arrived with a basil pesto, which was a good break from just olives.  I opted for the classic carpaccio, conceived by Giuseppe Cipriani in the early 1950s at Harry’s Bar in Venice (and named after the painter Vitorre Carpaccio).  This was served with a Venetian dressing (usually a mayonnaise made with Worcestershire sauce and lemon) and found this nicely balanced, with its appropriate bite of acidity.  The sharpness in the sauce was not overly powerful but just right and the carpaccio itself was thin and with good flavour.  The only aspect I didn’t quite agree with were the breadcrumbs that were essentially too hard and gritty in texture (as was their purpose to add crunch).  Had these been a little lighter on the jaws I think this would have improved the overall enjoyment.

My dining companion opted for Vitello Tonnato thinly sliced tuna with caper mayonnaise and tomato.  Also ordered was the classic carbonara which we were delighted came with cured guanciale (from pork jowl / cheeks) as opposed to the very often over used and cheaper pancetta (from pork belly).  Not only is guanciale more traditional for this dish but also has a deeper flavour which was exceedingly pleasant within this dish.  The pasta itself was nicely al dente and the sauce clearly made from egg yolk as another important aspect (not made with cream); a micro comment is that it was just a little too runny and being cooked a little more to cling to the pasta more without having scrambled eggs, this would have elevated the dish even higher.

The Devonshire crab ravioli with tomato and chili basil revealed pleasant pasta again with a viscous sauce made with fish stock and what appeared to be a mix of brown and white crab (the majority being the latter).  This was fine, no immediate fireworks experienced but was a pleasant and light dish.

For the mains, I ordered the whole, fully grown Dover sole (superior to slip sole and lemon sole) and was delighted to be asked how I would like this cooked – on or off the bone.  I have genuinely not been asked this question for quite a while and was great to hear (cooking on the bone simply gives far more end result flavour and allows the diner to scrape all four sides of the fish).  Whilst quite thick, the lemon caper butter was seasoned well and the fish cooked very well for an overall, very enjoyable plate.  My dining companion opted for the veal cutlet Milanese (dipped in egg, flour and then breadcrumbs) served with lemon.  This is very similar to the fabled veal schnitzel from Austria but the two regions are very close together so there are plenty of arguments as to where the dish actually originated from.  The veal itself was tender enough but a touch bland as a meat and was heightened by the lightly fried breadcrumbs and lemon that came with.  Zucchini fries were served on the side as was the very surprising tender stream broccoli, with olives, chili and pecorino which were absolutely great – the combination of the chili and the pecorino working like an unexpected charm for something so simple.

The desserts ordered were the vanilla panna cotta with blackberries and honeycomb which was overall at the right consistency for panna cotta and the chocolate mousse was very nicely done underneath quite a hard and thick shell of chocolate to get through. I was informed that the coffee came from Caffen Cofee for my double espresso served with the requested side or warm milk.

Overall, this was unexpectedly pleasant experience in a comfortingly designed (bright) and atmospheric restaurant that would seem to work well for most occasions.  Service was generally attentive with napkins reset during comfort breaks and engaging staff with generally good subject matter guidance.  I would recommend a visit here as I can safely put the ‘doubters’ of Mr D’Acampo aside based on this visit and happy to say that it is actually not a bad effort at all, authentic and will suit any in need of an Italian fix.

Minor finesse on some dishes. 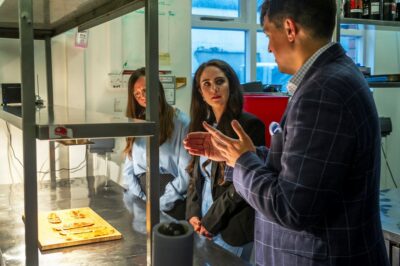 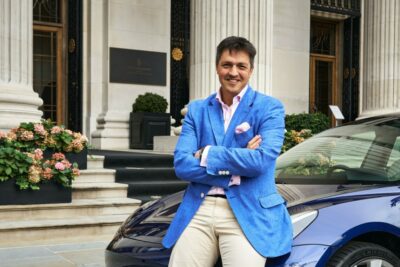 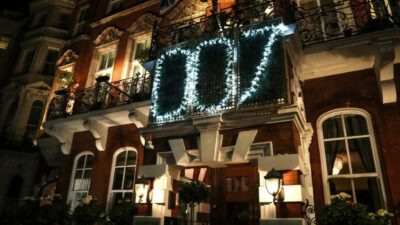 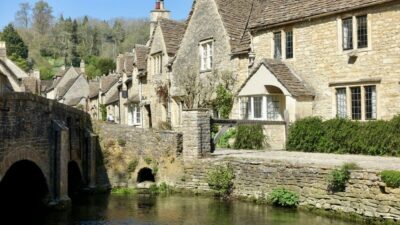 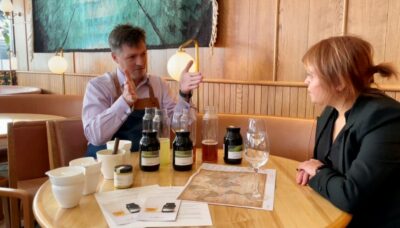