Beautifully crafted dishes by Marcus Wareing in the equally wonderful and stylish setting of The Berkley Hotel.  Knightsbridge elegance, all round at its best.

My second visit to Marcus (formerly Marcus Wareing at The Berkley) under the steady hand of Marcus Wareing’s prodigy, Mark Froydenlund. Once again the dishes were scuplted beautifully and were sublime.  The lunch menu for approx £50 per head proving once again that this is a wonderful option.  Sometimes the full blown tasting menu with matching wines for lunch can be a bit much for the stomach and the wallet, but for approx £100 per head, the lunch set menu with matching wines at Marcus is an absolute no brainer for the sheer class and guarantee of return.  Explosive moments included the vegetable amuse bouche with truffle and tiny bread crumb fries and the salt beef with hen egg starter.

It was all frankly wonderful.  Difficult to top the palate euphoria of my first visit as one or two of those dishes were some of my favourites in the entire year, however knowing the lamb had been cooked at 60 degrees for 3 days just to get to the plate and seeing how nicely all courses had been prepared made it a lovely meal without question.

The service on the floor and by everyone was entirely on point on this visit and it was lovely to be able to have a brief chat with Mark Froydenlund who I continue to be so impressed by, in bearing, approachability and obvious talent.  Rarer still was a quick passing by Marcus Wareing who happened to be in most probably for all the Christmas and New Year arrangements – I could see he was extremely busy so did not intrude long at all and was just very good of him to say hello with so many obvious plates spinning.  A lovely occasion all round and this remains one of the most naturally classy and quality options in the whole of London for all of the above reasons. 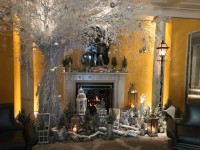 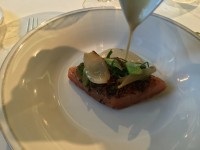 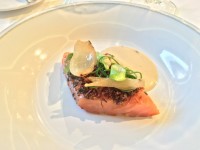 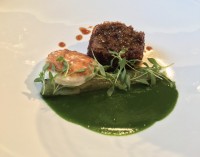 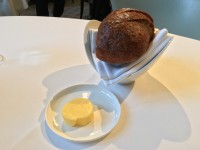 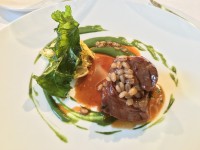 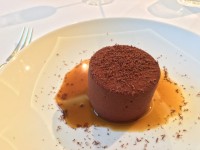 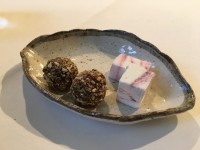 A reborn gem has been discovered!  As such and along with its new name and newly designed interior, I am treating this as the first time I have been to this restaurant.  I already viewed Marcus Wareing at The Berkley as a very safe bet on the food front, albeit more refined than being in love with the food, but if this first visit to the newly furbished Marcus is anything to go by, the stakes are now considerably raised following this lunch here and joins my Top Major Foodie club.  A detailed review of the dishes at the expansion button, but as a summary this was utterly sublime and the first two dishes were each at 100% and they both brought genuine joy to my soul.

Head chef Mark Froydenlund and team created a wonderful Spring menu which, at £49 for 5 courses including extras and tea/coffee with beautiful petits fours was quite good value but moreover, one which had genuinely celebration-level food moments.  The new design is more airy and light and the sofa booths for tables give a renewed comfortable and relaxed feel to the interior which is great.  The down side bits from the visit however, were 1) being made to wait at the entrance for nearly 2 minutes (far longer than comfort) and was a little too blasé of the front of house to not have a greater sense of urgency as I was beginning to feel a little unwelcome, and 2) one French senior waiter on the floor who did not bother to explain the steak dish he brought to my table (placed down and essentially rushed off) as he was in a hurry to continue speaking with a French guest at the other end of the restaurant.

These are nip-pick points and not show stoppers, but my eye did catch these these little details as I could read the body language a mile away and these little aspects do count as they have an impact.  Had these been avoided, it would have made this virtually faultless as an experience; as such, they only served to dent the visit and obviously cause me to comment on them here.

The tomato greeting was a lightly fried exterior with softer tomato essence inside which was absolutely fine and well seasoned.  The fennel bread had a customary liquorice quality and I viewed this as ok and was surprisingly simple, but it did need the coiled Irish salted butter that came with it to liven up proceedings.  I was a little surprised how hard the butter was at the start, but after 20 minutes or so it had reached its optimum state and was pleasant.

The amuse bouche was a strong opener.  The saffron cream on the side was lovely and the seabass bisque itself was creamy, smooth and luxurious – this really was excellent and the fried seafood accompaniment to dip in to the sauce was a nice bonus which was also delicately done.

The asparagus starter was an absolute triumph from the second it hit the mouth.  The asparagus itself was beautifully fresh (as one would expect), cooked well with just the right level of crunch from being poached and grilled and instead of the usual hollondaise (which is not unpleasant), the design of this dish was just superb: delicately soft past over a slow-cooked egg (so the yolk did not spill and remained as a beautiful orange firm sauce but was perfectly soft as well) with grated cheese, truffle and a truffle sour cream drizzled over the proceedings.  This was frankly a knock out dish and the best version of Spring on a plate one could ask for.

Next was the Dover Sole which was as fresh as should be and the balance of garlic sauce was done very well.  It was also nice to see garlic flowers on top that did not over power at the same time so they added decorative and texture bonuses and quite simply, the dish was very light and pleasant.  Not on the same level of the previous course, but perfectly refreshing and acceptable.

Thinking that the starter would not be able to be beaten, it basically was by the steak which I was blown away by.  The tenderness of the steak on the smokey and exquisite creamed mash (in the same league as the holy grail of (truffled & creamed) mash at L’Atelier de Joel Robuchon), combined with broccoli oil and small pieces of fried broccoli produced fireworks again.  Instant food moments like this do not occur all the time and I consider it a privilege whenever these happen – it happened here, on two occasions with the asparagus and steak!

Normally I avoid marmalade as I find it too acidic but the orange (effectively marmalade) side to the Lancashire cheese was actually toned down and handled very well and the cheese itself was subtle and highly pleasant.  Nice to have the savoury nature of this before the dessert as well and served as a nice compromise to the pre-dessert equation.

Dessert itself was a very fresh take on strawberries with a mix of wild strawberries, perfectly fresh natural ones and white chocolate essence, meringue, strawberry sorbet and granola.  The custard tart was smooth and velvety but the combination wity nutmeg was probably the only aspect of the meal I did not agree with as I felt this gave an almost savoury quality to the tart whereas my sweeter tooth would have preferred perhaps a touch of cinnamon sprinkled on top instead.  However, this was perfectly fresh and pleasant all round as a dessert.

Then, when I thought the highlights had essentially been exhausted, the journey continued with a gorgeously made vanilla genache and banana yuzu petits fours that are worthy of mention as they were frankly that good!  Getting chocolate light but wonderful enough at the same time is difficult and this was basically pulled off to perfection with these two offerings to the extent I feel obliged to write about them to this level in this review.  The salted caramel truffles to take away in a bag were not only a lovely Easter / Spring treat but they genuinely were superb as well.  The truffle case was not too thick and the liquid salted caramel inside was the exact runniness needed (not too much to spill everywhere but not firm at the same time) and the balance of the sweet and salt was perfect.

This really was the best meal I have ever had at Marcus Wareing’s establishment and there seems to be a new lease of life and aerated nature not only in its new design but also in the menu as well.  It was nice to see that although the kitchen had had some touch ups as well, it was serene and calm as usual in front of the larger, chef’s table.  Well done to the team for producing what I can only describe as an absolute belter of a Spring menu and I look forward to many more different kinds in the future.

Overall however, this was an absolute fanfare of flavours and delicate, fresh cooking, hence the overall grade.  Well done Mark and the team. 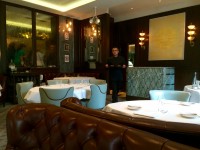 Marcus interior at the private dining and kitchen end 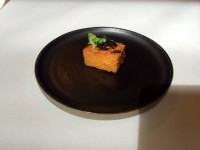 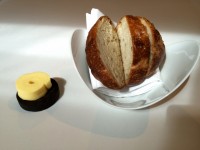 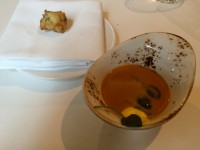 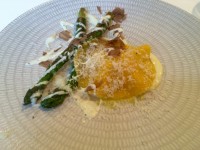 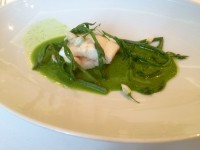 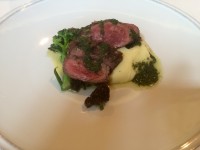 Steak with smoked mash and broccoli 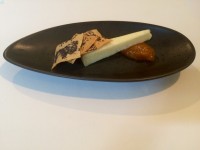 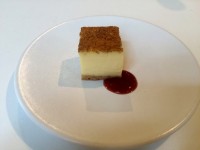 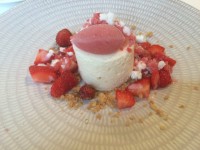 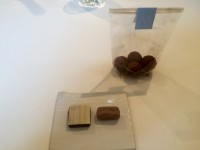 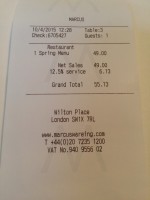