There has been a huge amount written about Noma and finally I was lucky enough to gain a seat within, from my inclusion on the Opinionated About Dining list.  It was interesting to speak to others present that had been to Noma once, in some cases twice before to learn of its changes.  Overall, the feedback was that the previous years seem to have been when Noma’s genuine blossom period for cooking has been.  The one consistency that seems to be apparent is the inherent love that head chef René Redzepi has for Nordic and especially local ingredients which are foraged by the staff at Noma every week.  Ultimately this was a significant privilege to have the seat and one that I think the £358 pp with wine, all in was a fair price for the whole package (some dishes using elements taking 6 months to be ready), but equally one that didn’t ring every single bell at the same time.

Noma takes its inspiration from three main seasons with an emphasis of seafood in the winter, foliage in the spring / hotter months and products from the forest floor bed in the Autumnal months.  I dined in the cross-over of winter to spring for my meal in May and had a colourful blend of seafood and vegetables and that’s probably the first aspect noticed: that of the menu’s heavy dependence on vegetables.  As a carnivore I naturally find vegetables on their own as a little boring and it is equally difficult to make these exciting but there is no denying how truly imaginative these vegetable dishes were at Noma having had months of preparation for many components.

There were some absolutely lovely dishes here including the radish tartlets, each tiny radish coil holding droplets of a delightfully subtle radish vinaigrette, all on top of a base made from ground seaweed – absolutely delightful.  The fresh garlic shoots with yeast coating was the closest thing to tasting like steak that one can imagine and they were delectably light yet powerful in flavour.  I adored the king crab with egg yolk sauce which was perfectly salty and the sterilised, deep fried and spray painted chocolate moss dessert was also truly lovely.

Sadly however, there were courses which I genuinely thought were a bit too much, either being too heavy in floral elements, tasting over perfumed (pancake puffs) or simply not actually pleasant to my great surprise (lobster with rose oil and turbot bones with fat and pickled rose petals).  This hasn’t happened in quite a while (to be actually turned off slightly) and was surprising to happen at a Restaurant world champion.  Much discussion at our table of 8 ensued over this and all those present, bar one or two little ‘favourite’ differences, were actually in agreement about some of the dishes actively not working for them as well.  My take is that if the perfume notes on the dishes mentioned were toned down, it would have been far better.  The wines and champagne I had were also all a little too sour for my palate as well which was a surprise.

HOWEVER, the overall effect was very good and this was an immaculate operation: from the way every staff member there greeted all of us on entry, to add to the special occasion it was, the extremely slick service (one of the best I have been privy to) and the wonderful tour afterwards of absolutely everywhere.  It was special no doubt with some fanfare moments of food but sadly this was combined with some surprisingly strange / dislike moments at the same time and the latter moments tend to stick in the memory banks.

There was probably a smidgen of over expectation on my part (the ants dish being fine but no fireworks) but the net result was me walking away very pleased to have gained the T-shirt and a reasonable desire to go back at some point in the future to see the difference in its new form when it is unveiled from next year.  A lovely tick in the box to complete and without a doubt an experience.

Noma will complete its last service on 31 Dec 16 prior to its site move and re-open in the spring of 2017. 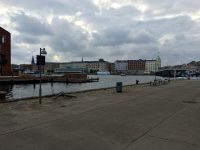 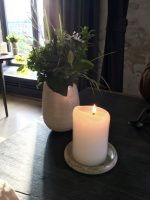 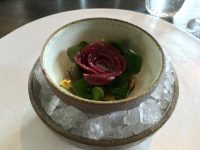 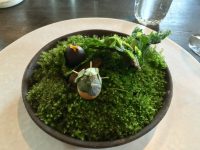 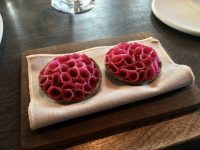 Radish pie with seaweed base 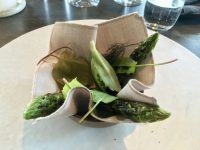 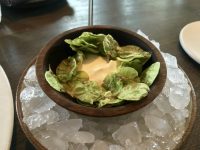 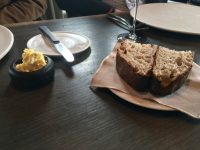 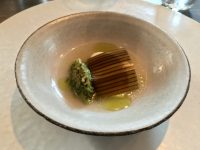 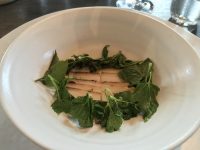 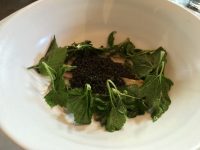 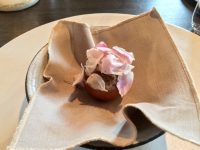 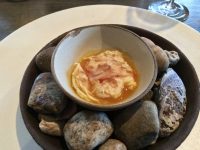 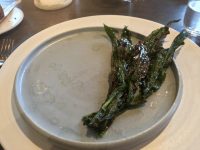 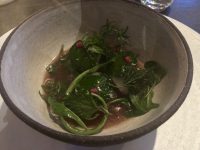 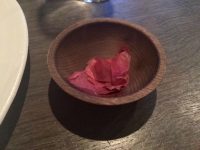 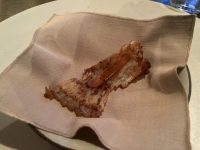 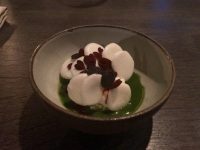 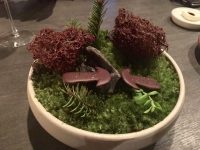 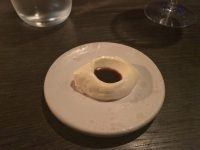 Cream dip for the moss 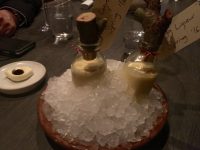 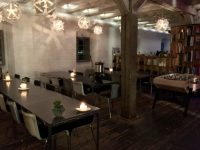 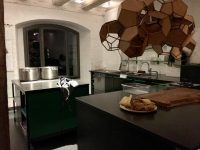 One of the many experimental kitchens 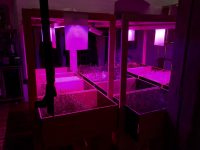 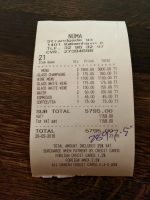 The bill for two

Essence of seasons on menu.
Highly innovative.
Precision of service.

Three dishes not enjoyed.
Let down based on expectation.