I am on a mission to find the best Peking duck known to man and was referred to Novikov by a realiable source and thought I would try for myself.  I’ve also passed here countless times on my rounds up and down Berkeley St, so it was very good to see for myself how this venue was inside.

I was acommodated very well at the reception and it was obvious how well this venue would cater for an international crowd, particularly ones after a glamorous, nocturnal setting.  Immediately to the right is the waiting bar, the left is the Asian restaurant and downstairs leading to the Italian dining room with an evening bar in between (in the basement) which serves a mixture of selections from the two menus.

Opting for the Peking duck, I was first provided with some vegetables to dip in to chilli oil, Chinese vinegar, tomato & garlic chutney and shiso leaf mayonnaise (very pleasant) as well as a watermelon shot as a refresher.  A whole duck is used for the Peking duck and the trump card here is that the chefs seem to surgically remove the majority of the fat between the skin and the meat of the duck and then replace the skin back on to the meat in handy bite size rectangles.  There were enough of these to create at least 10 pancakes and I also thought the hoi sin sauce was very well done.

The skin itself was beautifully crisp having had multiple bastings in the duck fat produced and the meat was perfectly succulent, so the quality of this duck was very good indeed.  My only reservation being, that as the duck was not coated in any additional spices, it held a fairly generic flavour.  The bonus ball which I wasn’t aware of was the fact that the rest of the duck was used to create a subsequent noodle dish, which was nicely done which made the £48 price tag a little easier to understand.

All in all, this was a very well executed Peking duck with evident technical skill and I did enjoy that the fat had been removed as this can sometimes be far too much for the mouth when a thick layer of fat remains.  I would like to go back and try the Peking duck with foie gras and the Italian restaurant when possible as this also had an alluring feel with welcoming service.  I would say this was a stylish place first with good cooking second with a desire to be fine dining third (in that order).  My sincere thanks to the staff for showing me around after. This was great to see another option in Mayfair and seems perfectly designed for evening glamour with some very good food having had this brief look. 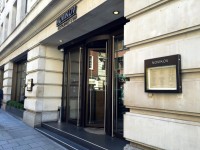 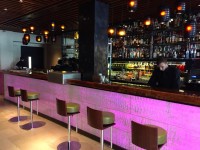 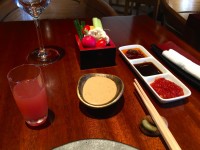 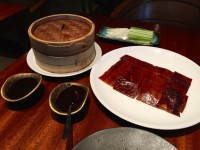 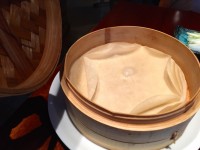 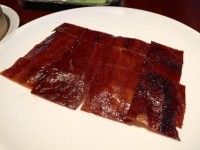 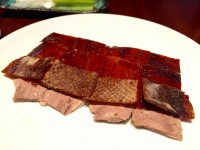 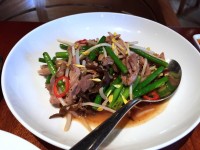 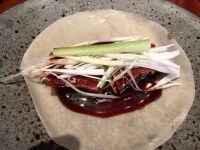 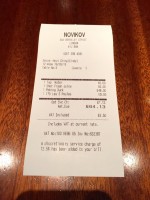 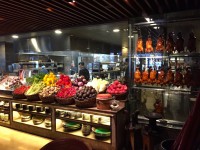 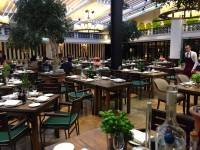 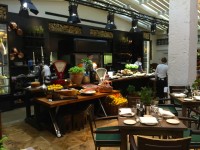 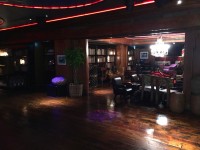