Another visit and another wonderful meal.  Sheer quality appears to be at the heart of Smith & Wollensky and means it is a winning equation.  Although this is the case, I was a little disappointed with the peppercorn sauce on this occasion being more watery in comparison to my first visit and we had to practically fend off the pressure from the staff to go for more portions of everything.  In the end the staff did eventually give way when the individual 285g steak was shared between two guests as was the portion of fries and spinach which comfortably filled two plates.

Convention deems some to think that ‘you must have a starter and main each’ but frankly I don’t agree with this as everyone’s capacity is different and I often break this convention when you know your current stomach levels (probably a bit too much champagne before the meal on this occasion).   Sharing the Smith & Wollensky salad with lardons, button mushrooms and a spicy mustard ranch dressing was a perfectly simple, hearty and pleasing way to begin and the Irish medallions of fillet mignon were lovely and with superb béarnaise sauce again.   Wonderful, crispy chips and buttered spinach finished the job perfectly with the only element of the food being a let down was the very hard and bland butter at the beginning with the slightly unimaginative bread.  The signature Smith and Wollensky Cabernet Sauvignon by the glass from Napa Valley was smokey and beautifully smooth with the meal and produced a very content feeling to the meal as a whole.

Although not everything was perfect on this visit, it remains the best place I have come across so far in London for meats and grills and is basically guaranteed to please. 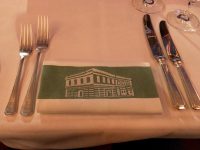 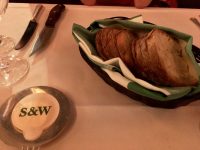 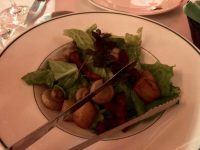 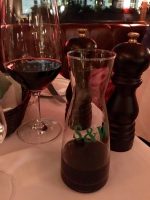 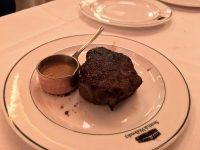 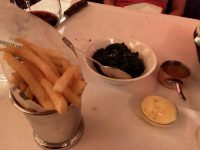 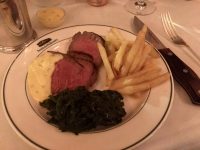 As shared for 1 person 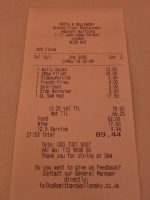 Wow.  Frankly, wow.  Up front first, in terms of meats and steaks, I actually have no reservation in saying that this meal trumped all previous ones I have had at Goodman and Hawksmoor easily but I would say the only main negative of this venue is how expensive it is compared to other meats and grill options.  However, I have a distinct feeling that one comes here for a bit more than just the food (which happens to be first class).  I see now why it is so bespoke being the only one in London (and the UK) and there are only 10 other venues in the whole of the United States spread across major (US) cities.  It is a highly stylish affair for those that like an occasion.

For me, one of the main attributes of this visit was that the familiar dishes were simply done so well.  My salmon gravadlax was extremely fresh and served with a delightful sweetened mustard sauce – this was superb.  Although I didn’t manage to try all the other options, they were presented well and the tomato slices with fig balsamic glaze and smoked burrata cheese was pleasant and simple to eat.

However, these almost paled in to insignificance when the main event arrived.  The T-bone steak was shown to us before cooking and looked utterly divine and meant that it held both fillet and sirloin cuts, the latter being the majority of the piece.  Both were cooked exactly to order and presented to us whilst resting.  Both the peppercorn and béarnaise sauces produced angels singing in my head.  Utterly perfect sauce béarnaise and I have not had luxuriously and velvety peppercorn sauce with just the right ‘kick’ (i.e. nice and subtle) to a level better than that anywhere in the world.

These sauces were simply sensational and the cuts of meat were likewise fantastic – just juicy enough, packed with flavour on their own and perfectly salted.  They were in fact that good that additional sauce was almost not required – the elements of fat on each cut of sirloin for example, provided the accompaniment to the meat perfectly anyway.

The hash brown was smokey and lovely (not too crispy as with deep fried hash brown and this appeared to be lightly fried).  The chips were beautifully crunchy and soft at the same time and I could not fault the creamed spinach.  The only real criticism I can point out is that £10 for the small side of creamed spinach was a pretty confident price comparative to others I have had and seen, but, it was delightful so it did, essentially tick that box well.

The meal was accompanied by a fabulously smooth, house recommended Californian Cabernet Sauvignon which was on offer from £140 down to £70 per bottle and it covered the food experience like a warm blanket throughout.  The chocolate cake with home made whipped cream at the end (decadent and not too heavy), provided the final polish to the meal very well – an all time favourite of most people’s I’m sure but light enough that you could simply keep going…and this I had no problem doing until I couldn’t anymore.

Smith and Wollensky is one of a kind – quite literally, it is the only one in London (and UK) with only a handful of others in the United States sticking to one venue per primary town with the exception of Boston and Chicago which have 2 venues each.  In London it is tucked away from The Strand on the south side and in the Adelphi Building (see map below) so unless you purposefully walk down John Adam Street, you would not really know of this restaurant, unless specifically being referred here – something I have absolutely no hesitation in doing owing to the powerhouse food moments, wholesome and unobtrusive service and elegant feel of the venue.  A superb place that I’m very pleased to have had my eyes open up to and a double pleasure to experience over  such a lovely occasion as well. 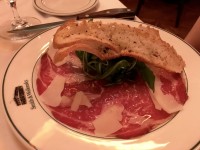 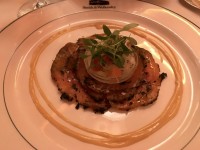 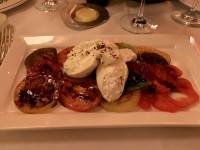 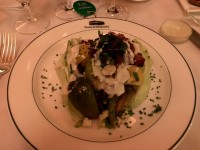 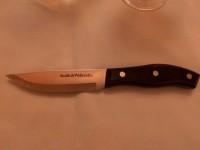 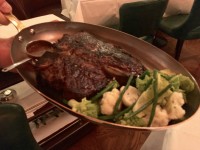 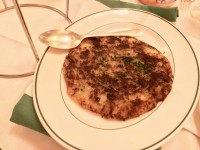 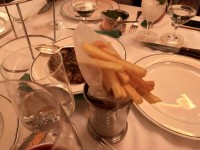 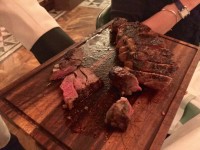 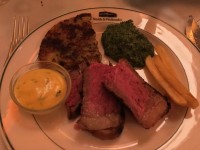 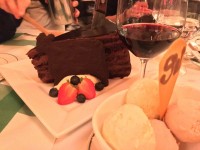 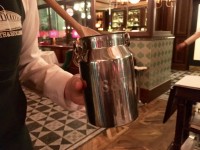 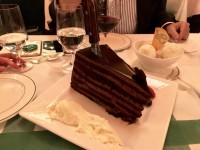 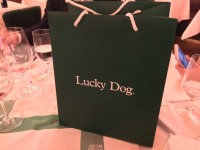 Doggy bag for left over cake