From the moment I stepped in to this cosy pub I was made to feel completely at home.  I was hideously late for my table but I was accommodated in a wonderfully happy manner which was lovely to see especially as I had made no indication of writing reviews on eateries (as usual for new places).  The Butchers Arms from husband and wife team James and Elizabeth Winter received the aponymous best pub in the UK award from Michelin, 2016 and interesting to learn at the end of the meal that it is James on his own in the kitchen(!) preparing things for his diners.  A great place – details of the meal at the below button.

First up, the home made focaccia bread was very good – fresh out of the oven, just the right squidgy, moist feel to the bread itself with lovely crusts.  Unfortunately I couldn’t do the whole works as was still full from the previous night so I settled with two starters.  I thought the onion and cheese tart was wonderful – such gentle, thin pastry with gorgeous filling and although I was not looking forward to the beetroot, its toned down and slightly pickled character actually made this absolutely outstanding with the tart.  It’s a rare thing to be cooked an ingredient you don’t normally like to really enjoying it; and this is what this chef actually made possible.

The crispy, corned beef with romesco (pepper and nut) sauce was pleasant and like the tart, showed a simple confidence of cooking to not over complicate things and just serve the few components very well – again, this is what happened.  Lastly, the pudding was a commanding dish with an absolutely fabulous and creamy custard laced with drambui to smother the marmalade sponge.  I’ve never really loved marmalade and I went for the dessert mainly for the custard but again, the bit I was only luke warm on the idea of turned out to be perfectly nice and was not too sickly in tanginess as marmalade often is.

If I had to choose one word for my impression of The Butchers Arms it is happy.  I couldn’t have been more impressed with how utterly engaging and friendly the hospitality from the hosts on front of house were here and it was kind of James to spare a few moments to chat on things.  The small team here clearly love what they do and this radiates out to all folk who were present, either at the bar or sat down by the two, cosy log fire dining areas and was clear as a bell to see.  The simple and effective food, combined with sheer charm of the hosts, with the fact that the real ales are poured directly from the casks and all of this is enjoyed in a very cosy (albeit quite snug) 16th Century pub, exactly as they were originally designed for makes me understand very easily now why this one was given best pub in the UK by Michelin.

I believe this is actually a little gem of a place for the above reasons and those that live locally to this pub are lucky people.  I now have the desire to practially frog march various people to here that I know would equally love this place – and I will be doing so when I get the chance! 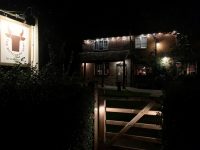 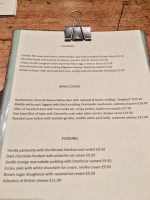 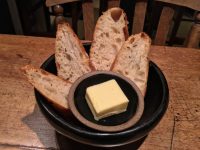 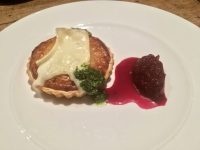 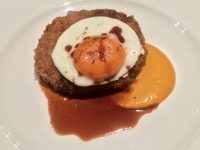 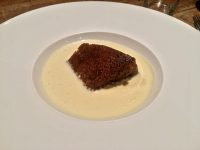