My third visit to this Michelin starred pub that has now completed its complete refurbishment with the downstairs remaining largely unchanged save for tables being placed all around the bar, bonquets and windows for the adjoining downstairs Annex but the upstairs has been redesigned and now looks utterly superb and unique.  I’m afraid you will just have to enjoy going there to see why, but the photos should give you a good idea.  Service was top notch this time round and the food was entirely pleasing.  Not as amazing as previous expriences on the food front but this is still a stand out Michelin starred pub in one of the country’s most charming villages, populated perhaps by the nation’s wealthiest pensioners.

The lunch menu for the Saturday visited consisted of a 4 course option for £48 or 6 courses for £58 – thereby making the 6 courses better value (and very often when you opt for the full ‘smack’ there are usually a surpise or two).  It was also a way of guaranteeing that the mini scotch eggs would be gained and this is lovely to do and the pea soup was a super hot and refreshing opener.

For the remaining elements of the menus there was a consistent level of satisfaction across the board for al 4 diners with no one dish that stood out as the absolute superstar but all providing pleasure.  The crispy pork cracker to go with the main of pork stands for me on this visit as the higher moment with the tomato salad being surprisingly plain and too simple.   The lone carrot with the beef woudl have been more suspect if it wasn’t pickled to near perfection and the jus with the beef being quality.

Other than that, the other main buz came from being in one of the nicest pubs in the country for lunch and although the staff needed a couple of gentle prods for the basics on occasion, they were all extremely accommodating and warm.  The village of Bray in my book is one of the gems of the country and although it was an absolute nightmare to get there out of London on this occasion, it was still very worth the trip in all senses and always lovely for a stroll around the village by the river.

Grilled Iberico pork loin with spring greens, great onion and gherkin (underside with cracker to the side)

This is my second visit to Heston Blumenthal’s pub as a diner and the bottom line is 2 out of 2, both great experiences!  This time it was a special, bespoke ‘space’ menu which were his recipes that were flown up to the International Space Station – the only restaurant in the world to do this and which was done for a fellow Major of mine – Tim Peake!

This menu was as a result of signing up for the offer after it was televised and just managed to squeeze myself in as this menu is soon coming to end after 4 months of being available.  The menu was a glass of champagne and three courses for £50 each which is acceptable baring in mind the michelin starred quality and bepoke nature that it was.  The quail scotch egg is on the generic menu anyway and with good reason – it’s absolutely wonderful.

The fact it is smaller means it is far more doable as big scotch eggs can be frankly too much, but this was a few bites only with perfectly runny yolk yet crunchy, salted breadcrumbs, wonderful sausage meat and with a subtle mustard mayonnaise to dip in to.  Frankly glorious.

The beef dish was the main dish that was sent to Major Tim Peake having been painstakingly designed by Heston Blumenthal to get through the UK, Euro and NASA space agencies to be then sent up in a vacumed can and I have to say, having had from the plate, this was magnificent, no question.  The mashed potato was beautifully creamy, the shallots and carrots beautifully pickled to just the right amount to slice through the rich, truffled sauce which (was also superb), served with crackling for texture and oyster leaves for an element of surf’n’turf.  Actually, the latter was the only element I thought could have benfitted from being toned down slightly as just a tiny bit of the oyster leaf was enough to give a sizeable waft of the sea, but absolutley not a show stopper.  This was essentially the best beef with ‘mash and gravy’ dish I’ve ever had and was absolutely knock out.

The dessert was the only thing I was only luke warm on – the treacle ice cream was definitely lovely and original and that definitely good, but with just a little too much zing from the grapefruit and other citrus elements on the quite thick biscuit.  But all in all it was unique, well made and certainly fresh as was its purpose.  On completion of this meal what I was able to do this time was have a quick peek upstairs to find another two dining rooms which were completely reset from the lunch service and another private dining room at the far end which resembled more of a banquet room fit for a king and queen hosting a dinner in a lovely setting.

Overall this was a lovely menu to have and worth the journey but more importantly confirms to me that Heston Blumenthal really does keep the most important thing of the food tasting nice as the main effort from his overall intent and I absolutely loved his beef dish which, I’m fairly sure Maj Peake will have very much enjoyed from the entire concept of operation right through to its execution. 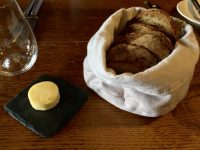 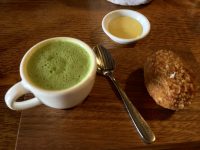 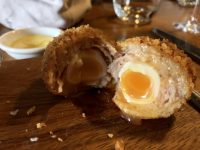 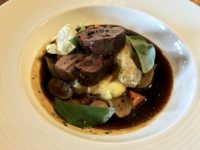 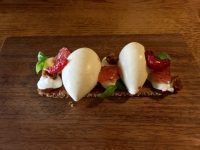 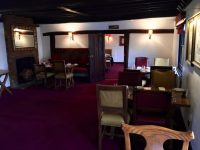 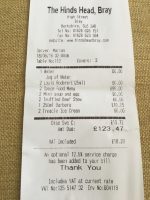 Not much one can do or say to fault this lovely place other than is quite a bit out of the way just to go for a meal and will either mean no drinking for one who drives or a train to Maidenhead / Virginia Water and a cab just for a meal.  However, once you get inside you cannot be unaffected by the sheer heritage and charm of the pub with its low and huge oak beamed ceiling along with superb drinks options.  The menu itself is stylish, traditional and simply gratifying to eat – there wasn’t a single course that I didn’t enjoy in terms of flavours and textures and the quail egg / scotch eggs with mustard mayonnaise at the beginning as a snack are an absolute no brainer.

I should also say that the macaroni cheese was the best version I have ever had here.  Again, Heston Blumenthal seems to avoid an amuse bouche just as with Dinner at the Mandarin Oriental and due to the demand, the old stables have been converted in to the extended dining room to cope.  But the result feels a little like herding as many tables for two and three in a space as possible for cramming in rather than making the design truly special for the diner.  In summary, if you can spare the time to make a visit it’s absolutely worth it and if you are passing close by, it is a no brainer to make a long-shot enquiry to see if they can squeeze you in (however unlikely).  Simply gorgeous food. 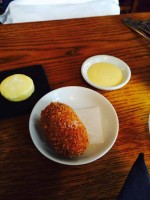 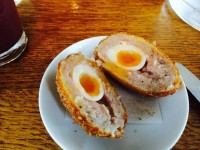 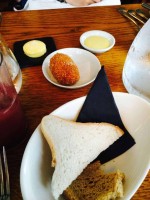 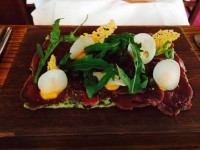 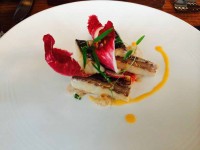 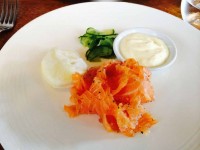 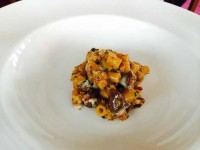 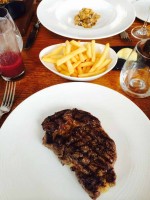 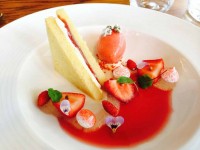 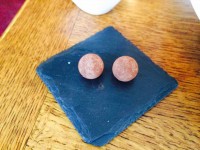