The Ivy chain is owned by Richard Caring who also owns Caprice Holdings Group as of 2005.  Since 2016, the flagship on West Street has expanded to cafes, gardens and brasseries to pleasant London locations such as Richmond, Blackheath, Chelsea, Kensington as well as others up and down the country.  The brand is chic designed interiors with well-dressed staff to give a sense of tradition and upper levels of service.  My own view is that the flagship is still worthy to visit however, the branches seem to capitalise on the style and do not deliver well enough on the food to merit the similar price.  This visit to the Tower Bridge location was case in point of this and whilst the staff were genuinely as accommodating as possible, as with any expanding business, the quality is reduced and is a shame.  Visiting their Chelsea or branch in the summer to have coffee in their garden or the terrace tables in Canary Wharf branch are what I would say are the spots to go for – otherwise, it is mainly an expensive chain as the below will expand on.

The arancini had a good sense of truffle (which I presume is the synthetic kind found in oil rather than real truffles) but were altogether a little dry.  Steak tartare which is a personal favourite was acceptable but just a little bland and flat for £19 irrespective of the cut of meat used (striploin). I was a little disappointed to see that tabasco was used instead of more homemade choices and the shallots, parsley and cornichons did not boost it enough either.   The chips on the side here are absolutely as basic as they come but thankfully are £3.50 which, is ludicrous when one looks at the mark up of being ready-made and bought in but thankfully not as expensive as they can be in restaurants.  There is scope to make these better as is a simple chip and to have a poor outer coating and barely heated mash inside makes this a bit of a strange offering to have at such a seemingly glitzy venue.  Perhaps it is the same at West Street which I will ask when next in.

Tuna carpaccio was satisfying with its ponzu dressing, avocado puree and coriander shoots.  Seared scallops came with risotto nero with Sicilian lemon salsa and was reportedly fine as was the lamb shoulder on mashed potato.  This is fine, but not a patch on places such as Whitebrook and those within the Joel Robuchon chain.  Tempura prawns came with cucumber, edamame, green papaya and green matcha sauce which was a very good sauce to have but sadly there is just no comparison for this type of tempura to how it is prepared in Japan.  The Ivy would not be alone here however, it can’t but help be a slight let down when it is and is a golden opportunity for The Ivy to be different from the rest.  Zucchini fries were ok but a little cold on arrival – appreciating they have a short heat life, they need to come out to the table immediately.

All in all, it was ok and is a lovely place to visit, but as mentioned, it simply does not have the uplift of food that the impression that the shiny exterior gives. 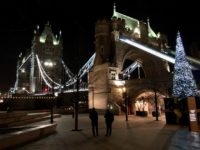 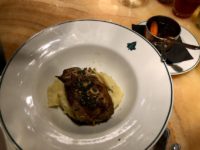 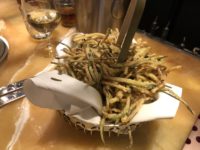 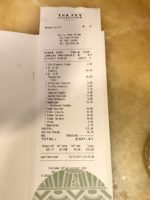 The dinner bill for 4