Everyone has heard or knows about The Ivy and is practically an institution in itself.  For over 20 years, its perspex windows and iconic reputation has been widely recognised.  Traditionally a spot for many celebrities but I don’t think that is the case as much anymore from word of mouth.  However, I had never been until this visit and was eager to see what the fuss was about.  I now know.

The service is as bubbly as the atmosphere within and it is as if one has walked into a club that only a few know about and where everyone inside is completely comfortable – even the waiters seem to be having as good a time as the restaurateurs and that was lovely to see.  The interior is definitely stylish in a traditional way and its unmistakable coloured windows made it a pleasant decoration to be viewing from the inside for once.

The all day dining menu is extensive and there is virtually no appetite it wouldn’t be able to cater for which was another eye-opener, revealing another string to its successful bow.  The foie gras on fried brioche and orange sauce was a delight and not too heavy and the beef carpaccio with cheese had quite potent garlic oil, however was very good regardless.  I went for the signature cottage pie and can confirm the meat was beautifully seasoned and the beef jus to go with it was balanced superbly with lovingly prepared mash.  Being given a bottle of Worcestershire sauce (for preferential spice) and the decision to provide the ketchup by giving the bottle of Heinz itself I actually thought was great to see and that they had the guts to do so – there are only so many ways ketchup will be(!) and if it is coming from Heinz, placing it in a silver dish only tries and fails to make it more than it actually is.

Providing the bottle I thought was a nice touch.  The staff were gracious enough to accommodate my béarnaise obsession with the chips (that were also fine) and the sauce was extremely well done.  My other half at the time very much enjoyed the fish course as well being seasoned and light at the same time. The signature selection of puddings (prosecco jelly, strawberry and champagne ice cream and giant almond cream macaroon) were absolutely tasty – no issues with these whatsoever.

So all in all, this is a lovely place and was very good to finally find out why this is – The Ivy provides simple food done well, in a very comfortable and stylish environment with impeccable service, all in a fun atmosphere which would suit any pre-theatre, lunch or dinner occasion.  Simple.

The place is now closed for the first portion of 2015 and will be reopened apparently in May after what has been reported as a much needed facelift after being as it has been for so many years.  Nothing unhealthy about change and the specific design of the new Ivy is being treated as ‘Top Secret’ so there is no hope in trying to get an idea until the unveiling so they say, and I hope the refurb does not end up being a shot in the onwers’ foot – I’m sure it will be well considered. 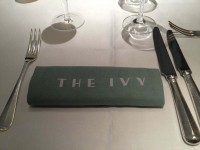 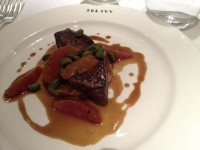 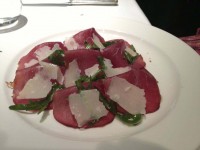 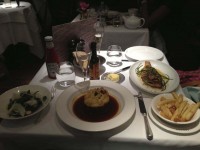 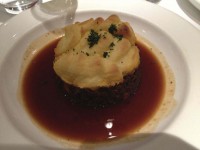 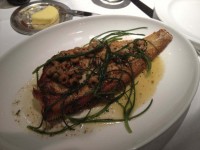 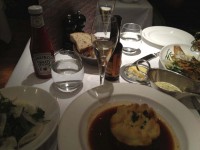 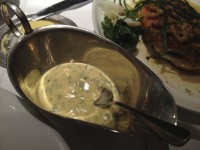 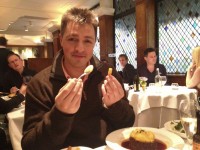 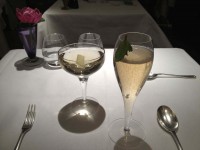 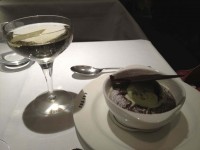 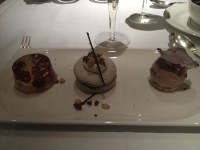