In the tucked away and almost silent hamlet of South Molton sits the Masons Arms – a 13th Century pub with its long-standing Michelin star included.  The entrance is one of the nicest I have seen in that you are immediately greeted by the log fire and afforded wonderful, ready to eat olives whilst looking at the menu.  The dining room in comparison is more modern and the meal was certainly filling, but unfortunately there was a lack of overall impact and flavour on some dishes.  Noticeably warm hospitality at the same time.

A mix of set menu and a la carte dishes were had on this occasion and the results were comforting and reassuringly pleasant dishes.  I thought the butter squash soup was done superbly and was great to see duck liver parfait available on the set menu as well.  Bizarrely I opted for the vegetarian main on the set, as I thought I should try and do something healthy after my gastro tour of Devon and Cornwall – these mushroom pancakes turned out to be quite good actually and the duck confit and fillet steak, all giving a warm feeling.  Equal skill was displayed for the desserts.

In fact the whole meal was nicely done with my only observation being if one was served the meal without having seen the menu, it would have been a little tricky to tell (bar the fillet steak) which ones were on the set and which ones were the a la carte as there was not much in between them.  The set lunch provided great value and overall it was all served with attentive and hospitable staff.  It was a pleasure talking with the chef who bothered to come and talk to us in the bar afterwards.  This is practically a lost art and rarely seen these days; the head chef’s experience at The Waterside Inn obviously still remembering the key, final touches that make a place stand out in this way and was a lovely finish to a comforting meal. 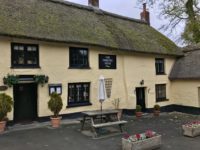 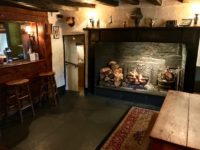 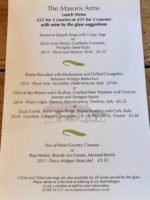 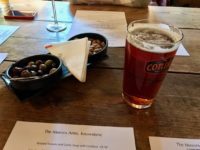 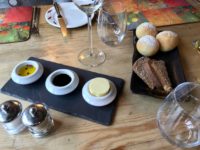 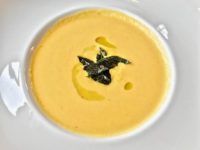 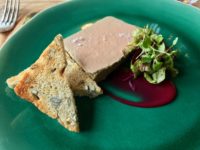 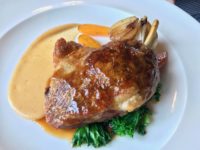 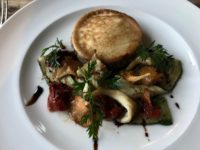 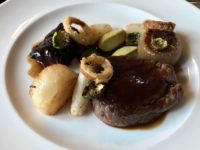 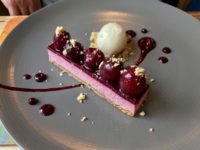 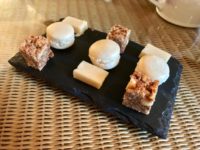 Nice but not explosive food.