This was a very flavoursome lunch indeed.  The set menu was superb value at £23 for 3 courses and more importantly each dish was just simple and effective.  Overall this was a great lunch with some lovely, simple dishes at a very reasonable price in a trendy part of town, let down by its comparatively low hospitality.

The pita bread was a pleasure to rip up and share together, the mackerel was utterly fresh, the lamb salad was a bowl of lovely ingredients with sardines in tempura batter that worked really well with the pickled carrots.  The highlight for me was probably the aromatic sauce at the bottom of the bowl of the duck, foie gras and water chestnuts and pretty amazing that was on the set menu as well.  The sorbets (particularly the coconut) were pleasant but seemed too sweet unfortunately.

Sadly, the negative of this trip was the initial welcome / entry as my party and another guest were not even acknowledged waiting with the front door half open by the front of house on the phone.  Of course one can’t do two things at the same time but sometimes just a glimpse or signal that you are at least acknowledged and not having to stand outside for 60 seconds is all that it takes.  On entering, we were left alone for another short while and the lady on the ground floor on the other phone saw us and walked away.

Although this is not the end of the world, they are easily done in a better way and this is the difference I think between a 1 Michelin starred venue and, in the main, those that have 2 or 3.  Not doing it well simply sticks in the mind more than the better things.  Service upstairs where we ate was better but not as easy and in control as the more assured starred venues that exist. 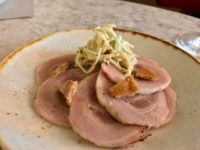 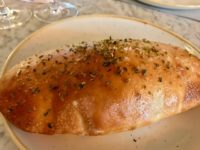 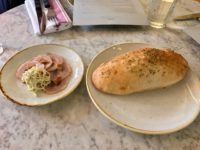 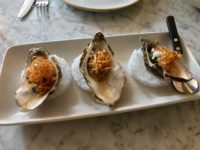 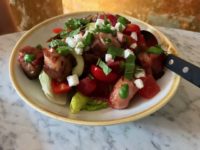 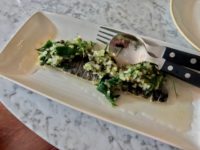 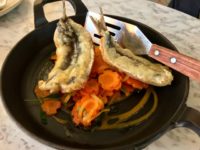 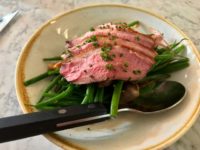 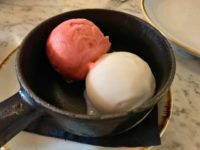 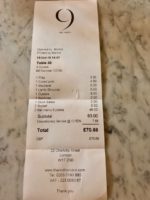