Possibly everything you would want in a pub - michelin starred food, reasonable prices, great choices and lovely garden setting

Well this is one of the nicest pubs in the country and thank the maker I was able to go at lunch so I could see it in all its glory.  The restaurant itself was fully booked on the Saturday lunch I visited and so luckily the bar area serves the same menu on a drop in basis – lucky for me I got there just after midday as the bar area alone was already half full such is its popularity.  Beautiful gardens and a herbarium surrounded the elegant feel of the pub inside and was great to have a Michelin starred bacon sandwich at the same time(!).

There was a mix of modern and traditional on this menu and so I set about to try both. The goat’s curd cheesecake starter with beetroot macaroon and candied walnuts really was a touch of class.  The macaroons were ethereally light and almost like aerated meringue but still with just the right punch of beetroot and gave its due texture to the smoothness of the cheese cake – which is exactly what it was.

Then from the modern to my first Michelin starred Bacon, Lettuce and Tomato (BLT) sandwich with a gorgeous sweet mayonnaise. This, combined with perfect bacon, which was more bacon than bacon, with bread that was warmed and toasted by a fraction was undeniably the nicest bacon sarnie I have ever had.  Horseraddish hollandaise sauce sounded too good to forgoe so the team very kindly allowed a portion of this to go with my chips (which were frankly an excuse to try the sauce) and this was indeed, beautifully done.  Simple ice cream for added homliness finished of what you can only get in a British, Michelin starred pub – superb food in complete comfort with an entirely reasonable price tag as well (see photos).

The added delight of this visit was when I was taking a stroll in the herbarium and was fortunate enough to come across the man looking after all of the herbs grown in the Pipe and Glass’s garden.  It was my privilege to have a mini master class which I will periscope on Twitter next time this happens and to taste all the winter herbs that were growing – lemon verbena, bay leaves, thyme, mint, crab apples and edible rose petals & daisies to name a few.  Smelling and eating them direct from the ground / stem really does remind you of why getting them at root source is so important for the sheer power of their quality and interesting to taste the difference of those herbs that were prostrate and those that grow vertically (the latter for Thyme for example far being less rugged, softer, with less needles but with far more punch).

This is a lovely venue in the winter so I can only imagine what this place will be like in the summer especially with the large, dining table outside which will see the chef cooking barbeque dishes in the centre for guests – something I will be happy to make the excuse to drive up north for that alone mid next year(!). 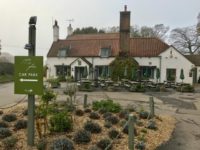 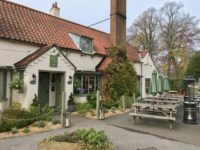 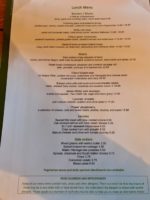 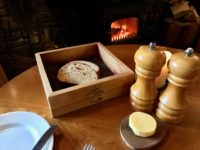 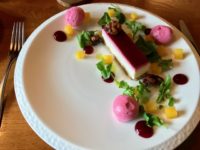 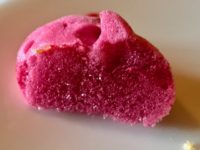 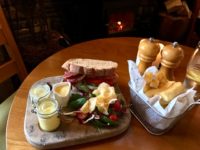 BLT with crisps and chips 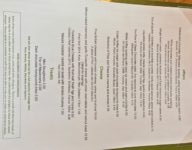 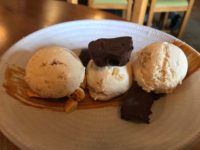 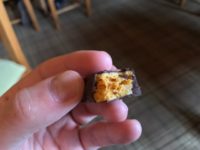 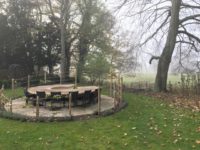 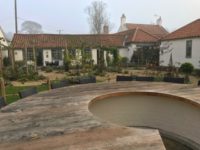 Pipe and Glass rooms from garden 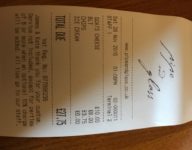