Another Great British Menu victor and only 15 minutes from my Army Headquarters where I had to be in and around my Birthday so I was very lucky to be taken here by my Boss at the time who was legendarily generous.   The pork scratchings at the beginning with cider puree dip were lovely and had the texture and feel of quaver crisps but infinitely nicer.  The main purpose for the visit was to have the veal sweetbreads with beans on toast twist, which I have to say was as luxurious as it looked.  It was undeniably lovely and the buttered gravy within the venison bowl was utterly divine as was the hearty sweetbreads amongst the breadcrumbs, vegetables and viscous supporting veal sauce.  This was truly knock out and the fact that James Durrant voluntarily spoke with myself and my boss for so long after the meal was frankly a Birthday treat for me in itself.

Fascinating chat and such a decent lad, it was great hearing from him and gaining his opinions on it all, the other chefs and chiefly, being able to tell him how nice his food was.  My only regret being not able to try the SPAM starter that he had on the GBM 2014 (held at St Pauls for veterans of World War II) so I can only hope it is still on the menu by the time I am next summoned to attend anything at Army HQ, where I will have every intention of going to the Plough Inn as opposed to go to the Mess for that evening’s supper! A fabulous treat and lovely, lesser known option, off the beaten track in Longparish. 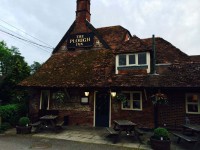 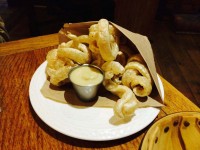 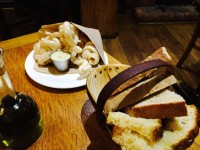 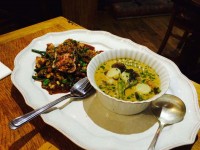 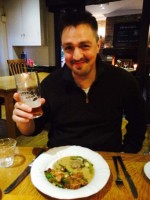 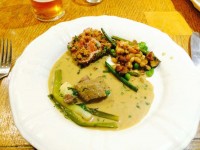 As marked on the Great British Menu 2014 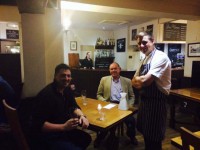 
A little bit of a trek to get to.