Dining above the clouds at the dizzying heights of the top part of the tallest building of Hong Kong, serving 2 Michelin starred Chinese food and some of the best Peking duck on record

Set the top of the Ritz Carlton which is the upper half of the ICC building (the tallest in Hong Kong), the views from this restaurant  on the 102nd floor are frankly breath-taking – you either see the whole town from a bird’s eye view, or sit and dine above clouds!  The Peking duck was worth the visit in itself however, overall it was only so so as a tasting menu and actually the tasting menu provided by HKK in London as 1 star level was light years ahead of this one.  Not a regrettable experience by a long shot as the duck was practically a life moment, but the tasting menu was simply a little disappointing therefore the score has to be averaged out.

The biggest winner of the whole meal was actually not on the tasting menu which we ordered (and which did have some pleasing moments, probably most notably in the amuse bouche) but was actually in the Peking duck with pancakes and hoi sin sauce.  Obviously this dish has an advantage being an absolute favourite anyway, however it genuinely was among the nicest I have ever had in the golden quality of the skin, faultless tenderness of the meat and perfectly balanced sauce. 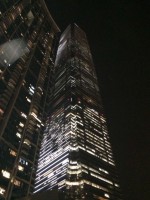 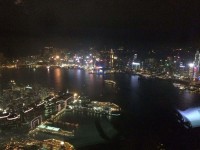 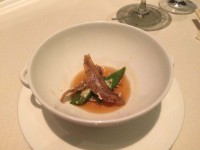 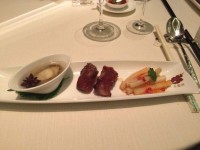 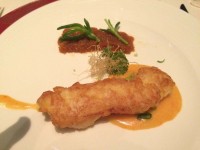 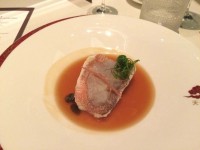 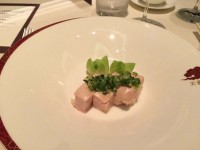 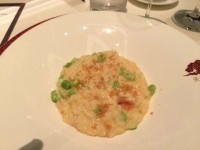 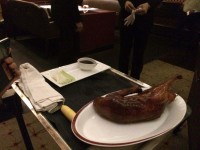 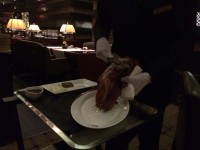 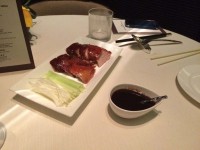 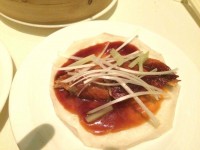 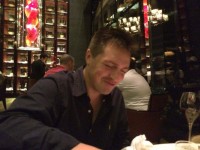 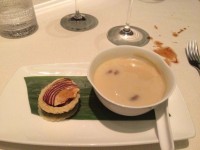 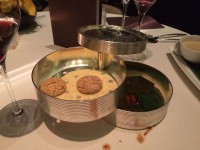 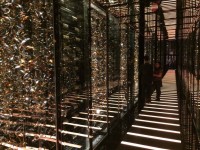 
With the exception of the Peking duck, a lower-tier 2 Michelin venue.