Beautifully picturesque Michelin starred ‘restaurant with rooms’, set at the back of its own vineyard, a short walk from the main boat pier of Burano

This review is lengthy as I feel it necessary to explain in detail why this Michelin starred venue gains an unusually low food grade from myself.  However, to cater for those in a hurry, the key summary upfront is as follows: there were definitely some good food moments here and the setting is one of the most beautiful I have every come across, but sadly the damage was quite severe early on in the meal via two courses and overall, it simply felt as if the designers were chiefly striving for creative effect than the flavour as their main priority. Regrettably, this needs obvious reversing in my opinion, in order to make the dining experience as lovely as the location.  Looking back, I would have simply preferred to have a vat of their wonderful tortellini here for a fraction of the cost and ceremony of the tasting menu, and this would probably have caused a tidal wave of happiness in comparison.  Sometimes trying too hard to impress in some ways simply does the opposite.

A holiday stroll through Burano led to an impromptu Michelin radius scan of the area and revealed this beautiful restaurant with rooms as an option.  If this sort of restaurant existed in the UK, there is no way wondering folk would have been able to gain a seat in the sunny day that it was 10 minutes after making the phone call at 1pm.  Thankfully, this is a sunshine island, an hour long journey by ferry from Venice, where there was no shortage of blue skies and this sort of venue simply exists easily.  There is no doubt that globally, it is a decent find.

The manager introduced us to some interesting facts such as that the entire vineyard and restaurant is prone to flooding by the sea (sometimes several times a year), causing far more interesting results with the quality of the soil for the grapes and that their own Venissa wine always has gold leaves on the bottle as its trade mark symbol – clearly, this was going to be tried later as the dorona grapes themselves were growing only 30 metres away from us and this is the only place in the world this type of grape is used and produced.  To begin however, a very tasty sparkling rosé (Rosévento) was enjoyed by all in the shade.  It was also outlined that the four main chefs present were also given autonomy in style of cooking on their respective areas of the menu.

On to the food then and unfortunately this is where the picture became a little varied.  The opening cod on skin bite and cheese puffs were fine but I was surprised at the lack of any butter or any olive oil or anything to go with the breads, which were passable.  The first thing that came immediately to mind with the amuse bouche was how unsubstantial the components appeared.  Never mind, maybe it tasted incredible?  Sadly not, and the mousse of beetroot was almost gooey in texture and seemed odd to essentially have a sauce as an amuse bouche with other sauces and powdered herbs that simply did not taste of anything notable at all.

Next came another sticky mousse of squid ink to go with the raw langoustines.  It pains me to say it, but this was actually awful to eat. The sludgy and squidgy texture of the fish, combined with far too much ink mousse on the plate for the quantities of fish with the added aroma that the dish had of a rock pool, made me glad to be at the end of finishing of what I could do on the plate.  I couldn’t see any point of the vegetable powder either as this was simply drowned out by the squid ink anyway meaning the powdered addition was mainly for visual effect and not the mouth.  If there is one dish I would say that needs to be removed from the menu it is this one.

The children present at the table were then given tomato pasta dishes and having been allowed a quick try, these could not get much more tomatoey, causing me at this stage to become a tad jealous.  It was surprising to see a Michelin starred restaurant serve ketchup and mayonnaise in sachets for the potato chips, but thankfully honour was just about restored with my shrimp done two ways with a grapefruit sauce that was nicely done and thankfully did not smell like an aquarium as a junior restaurateur at the table had pretty accurately described the previous course.

My gnocchi and fennel (in place of the scallops) simmered at enjoyable but the star of the show clearly was the handmade tortellini with cheese asiago – without a shadow of doubt this was absolutely lovely.  The turbot with sea snail sauce was also a good offering but the snag was that it was only just and because a huge dent in the meal had already taken place, these follow up dishes were recovering the situation rather than being able to shine.

The signature bottle of Venissa wine from 2012 was taken and this was described as a white grape, with the qualities of a red but being orange in colour (served warm).  Sadly, the €140 that it was didn’t seem to give an equivalent return as the bitterness and main overtones of sherry were simply not hugely appealing on my palate or the others at the table and not would have been my first choice to go with this dish.  However, unique to the core, and a no brainer to sample there.

Then finally the sweets, kicking off with a lovey pear pre-dessert and that made massive amends and although the mood at the table was mixed for the lemon biscuit dessert, I had no issues as the biscuit itself fell away nicely when cut in to (and did not cause the spoon to crash in to the porcelain at 100mph when something is that hard) and the flavour was original and at the end of the day, pleasantly sweet. Unfortunately, the petit fours seemed remarkably unimaginative compared with many others had – even a simple chocolate truffle or salted caramel sweet would have been better than a risky marzipan bite, glazed nuts and ‘ok’ mini chocolate cake.

With the exception of one waiter that sounded as if was trapped in slow motion, meaning I couldn’t make sense of anything he described at the table, the service was impeccable and we were looked after with extremely accommodating hospitality by the principle staff.  The real shame of this meal however, was that for just under €900 for four adult tasting menus and two kid’s menus, the disappointment was high owing to a lack of sustained food-opera moments with a lasting  impression for a need to reduce the importance of the style compared to the substance.

On a brighter note, the menu changes daily, so it could be that I simply caught the venue on a bad day. As the dishes change often (a bold move in itself), I would have no issues going back to retry, but with fingers crossed. 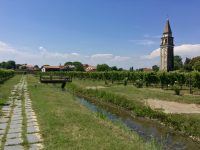 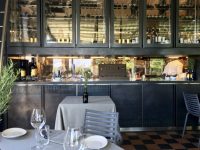 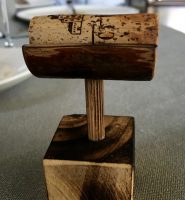 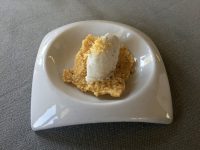 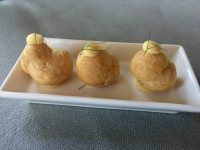 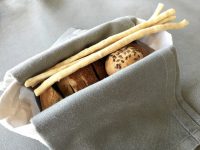 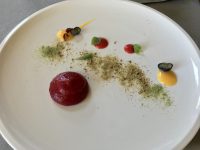 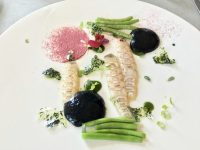 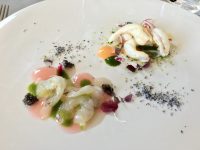 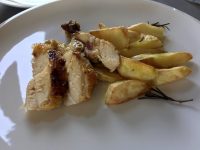 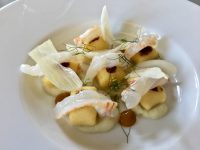 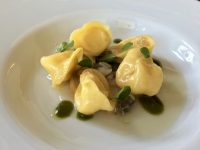 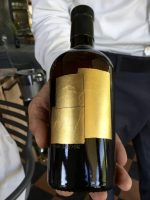 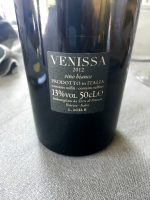 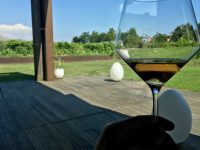 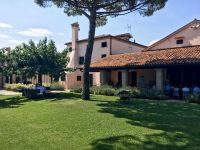 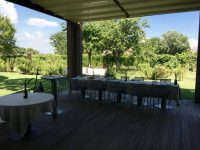 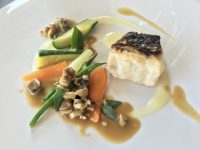 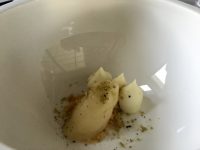 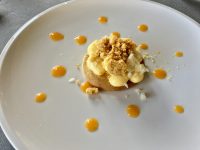 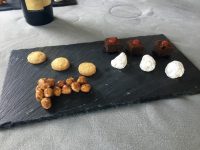 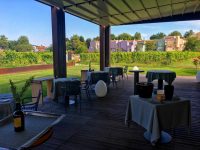 Venissa terrace dining in front of its vineyard 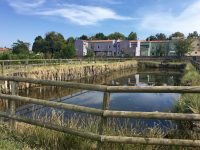 Some unappealing dishes being too modern-centric.