This was quite a weekend where three michelin starred restaruants were done on one weekend and this was the final of three.  As above with the first vsists there were real moments of class and technical skill (most notably the butter and prawn & bread sauce dish) in an otherwise very pleasant meal.  I wouldn’t say it was at the top of the Michelin starred game – certainly innovative, fresh and with clear, technical skill all deserving of its 1 Michelin star at the time, but with subdued numbers not quite strong enough to make it in to the greatest hits album.   Very good, nonetheless. 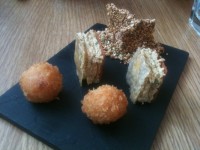 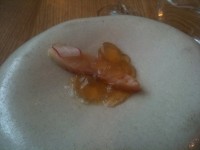 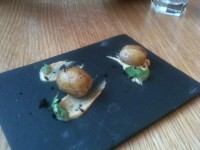 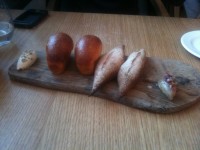 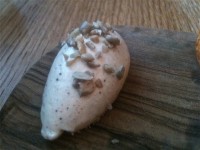 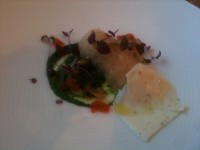 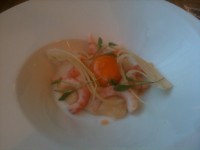 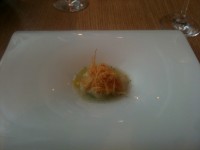 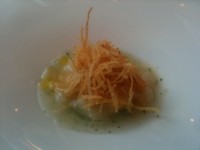 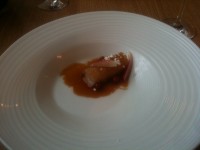 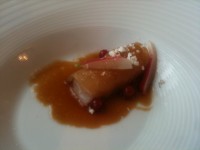 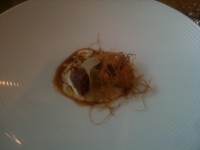 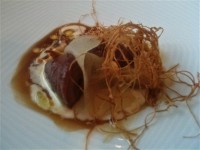 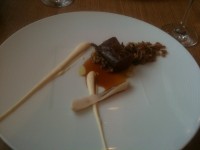 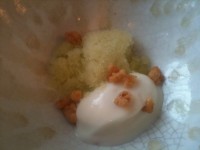 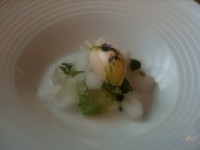 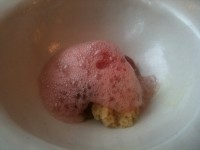 A great shame that this has closed as it was an entirely fun change of scene in an Eastend world by El Bulli trained chef, Nuno Mendes.  The old converted Town Hall (which has now been turned in to, yes you’ve guessed it – swish property) was converted in to a delightful option with bar on one side, stylish and relaxed, open-view kitchen on the other side complete with fireplace, almost as if one was in someone else’s home.

There were too many dishes to mention on my visits and it is now closed so there is not much point in going in to detail, but whilst it had its existence here, the number of clever additions in to even their smallest menu, turned the event in to something of a gastronomic tour de force including a wonderful caramelised butter, simple use of really excellent ingredients (perfectly roasted mini potatoes with mushroom ketchup as an example) and highly original dishes for London such as the slow-cooked egg (at 40 degrees centigrade for eactly 50 minutes causing it to be almost brûlée like in texture with the surrounding fennel, bread sauce and prawns.  Some dishes such as cod roe and the tuna jelly were pushing it a little for my palate, but on the whole the food simmered in the good bracket with flashes of an ace serve.

A lovely place that came, got it’s Michelin star immediately, and then sadly departed.  Thankfully, Nuno Mendes continues his spoils in his new establishment of Chiltern Firehouse which I can confirm is a lovely find in all senses. 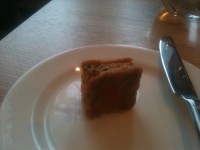 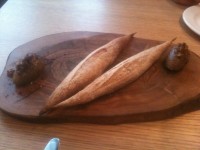 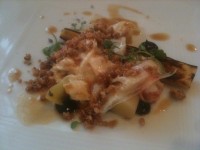 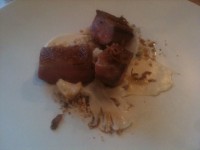 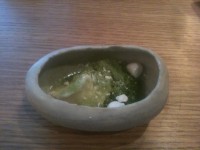 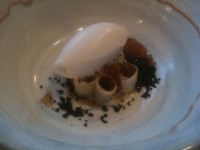 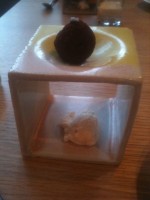 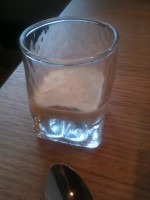