The second London Yauatcha installment from the Hakkasan Group and set in the entire upper level of Broadgate Circle replacing the series of bars that formerly occupied the space.  I was actually struck by how massive the new Yauatcha (named after the original owner Alan Yau and the notion Yau-at-cha translates to ‘Mr Yau at Tea’) was, and with the open air play that was being performed beneath us during the meal, it was a pretty catching location.

Opting for the set menu for two (£40 pp min 2 people), the food itself was definitely nicely done and had some very fresh moments such as the crab with peanut sauce, delicate soy sauce with Cheong Fun and the wonderful squid with fried oats and chill.  The only low moment for me was the aromatic duck as the skin was almost demolished by the cooking process and was quite dry.  A minor mis-communication led the management to generously offer a couple of desserts which, on eating were lighter than expected and presented well and we were looked after very well throughout the meal; I would actually say the attentive service and hospitality in general was very strong here.

All in, I can see this being a popular spot when it gets going (having only been up and running for a few months at time of writing) and next time I will need to try the Peking duck to compare with the flagship in Soho.  Very good to have finally checked out and finally seen. 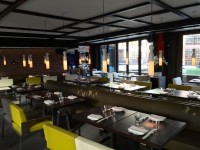 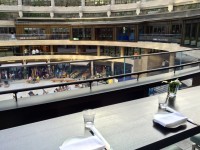 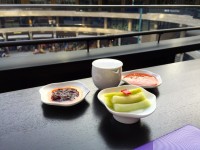 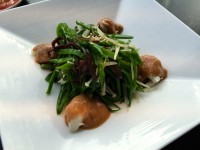 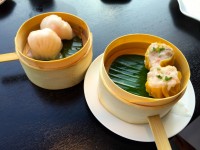 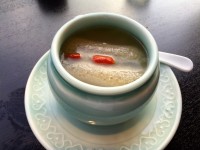 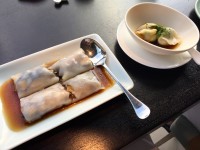 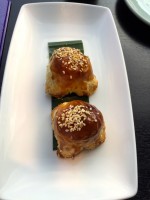 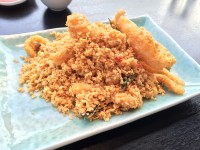 Squid with fried oats and chilli 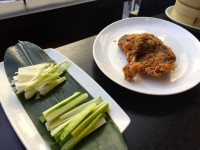 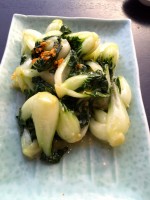 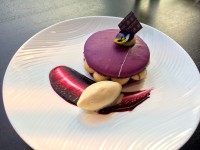 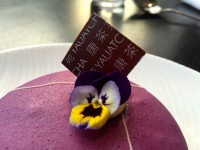 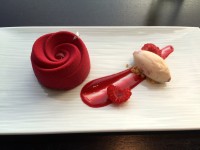 The bill for two