Great Fosters is a former retreat of King Henry VIII which is now a luxury hotel.  I have visited before when its flagship restaurant (The Tudor Room) was headed by Douglas Balish (formerly of Whatley Manor), it is now headed by Tony Parkin who has earned the restaurant a Michelin star in the new 2020 guide since taking over.  The £55 set lunch had on a Sunday and it was good to stay over and gain an impression of this on the same visit, using a discounted vouchers, courtesy of The Luxury Restaurant Guide.  This was a satisfying meal and whilst not all dishes set the room on fire, one or two gave a peak of happiness to make the whole lunch worthwhile.

The menus are set menus only and I acknowledge the restaurant’s stance of the dinner menu obviously having potentially more of the signature plates.  That said, the four at the table I was with were very happy to be greeted with canapes of potato nutmeg and thyme with onion ketchup, aged Parmesan and chives.  Bread was homemade and included a stout and treacle sourdough and a sensationally flaky and delicate onion and thyme brioche.  The latter here really was excellent.

Beetroot with compressed beetroot slices, goats curd and yuzu granita was the first offering on this small menu and the compressed beetroot was balanced well by the goats curd with a tang of the yuzu granita.  Turbot from a 6kg fish came with champagne sauce, carabinero prawns and leek.  I mention the weight of the fish as the price for turbot rises exponentially the heavier it is (and is arguably more flavoursome the heavier and older it is) and therefore it is a good sign for me when restaurants are making this effort and also shows that you are being given good value for money (as you are here) as opposed to being served something inherently a lot cheaper and being smoke screened to being charged a minor fortune (see Club Gascon).  This was a genuinely pleasing dish – uncomplicated and well-executed.

Next up for the main was Cumbria salt aged beef with Ox cheek bourguignon, potato puree and hen of the woods mushrooms.  Whilst this was quite a straight forward dish, the bourguignon sauce had deep flavour and it was actually nice to have traditionally, (slightly) lumpy mash which matched the traditional environment we were in.  The fillet itself was of good quality and all in all was all lapped up well.

A blood orange chocolate and salted biscuit was a fair pre-dessert with no frills, but the stem ginger sponge cake gateaux with creme fraiche,  honey, ginger crisp, rhubarb sorbet and white chocolate was a masterstroke.  All four at the table were in immediate ingredient that this was the knock out blow and had changed a meal that was simmering as very pleasant to making the journey completely worthwhile in all regards.  Petit fours came as orange & bergamot tartlets with treacle, salted caramel chocolates and finally a stand-alone choux pastry with dulce custard inside which was another lovely surprise.

Service was well-meaning but a little edgy overall.  As an example, the staff forget themselves at one point and had not put any cutlery on the table for one of the courses which was served – before anyone could say “enjoy”, they were prompted for eating utensils which is surprising for a restaurant at this level, but ultimately all things needed were corrected.  Pre-lunch drinks and wines by the glass meant the price of the meal per head sat at £85 per head which, for this meal was very good value.  I sense it will be wise to take the restaurant up on their recommendation to come back at some stage and dine in the evening for a greater experience, but this was certainly not a slouch at the same time, more like a gentle, satisfied smile.

On a miscellaneous note, the breakfast room is beautiful and where the more casual restaurant of the hotel is located and would be a worthy option to have lunch at when visiting in the summer when their pool is open.  Staying over revealed the four-star nature of the hotel rather than 5-star luxury in a few instances.  One being that our heater was not working and in spite of efforts to inform the staff in the evening, the message did either not get to the handyman or the latter had scarpered on our Sunday evening stay.  Miraculously, on Monday morning someone did appear and fixed the heater, just in time for check out.  Not a massive biggie as a portable heater was provided and we were grateful for a complimentary upgrade, but this didn’t seem to work well.

Another instance was the initial service from waiting staff at breakfast with limited rapport, a large language barrier that made ordering awkward and two items forgotten to be brought to the table.  Once again these were rectified in the end but just needed monitoring to be so.  In terms of the stay and our upgraded room (which was a kind offering from the reception), where the hotel could improve in my view is by making the non-16th Century elements such as the TV, frayed and very old wires for the TV, central heating and charging facilities better.  It is an absolutely charming hotel, steeped in history, but numerous mod-cons appear to be quite dated now.  I, therefore, recommend preparing to step back in time a little when staying over and enjoy the heritage of the rooms rather than modern comforts.  On a very positive note, the beds here are absolutely top draw with huge cotton thread count sheets, wonderful down pillows and superb mattresses.

When the sun has come back to the UK, I will make best efforts to come again to The Tudor Room.  In the meantime, this was a very reasonable package all round and with the benefit of competent cooking on arrival.  Normally I average the scores of all visits in the food grade, but this is when a head chef has remained in place.  For restaurants with new teams/head chefs, the average (and main score) starts again.  Whilst this may be lower than some, it’s clear to me that there is more here in the food and I look forward to experiencing this another time.

The lunch bill for 4

Breakfast room (and The Estate Grill) 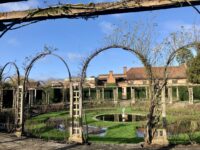 I love history and find it fascinating putting it in to (a) modern context. During his reign, Henry VIII spent a fortune on elaborate banquets, and was renowned for his gastronomic excess – all to impress his subjects and as an obvious display of wealth and power.  Indeed, Henry was so fond of his food that he insisted on suitable venues wherever he travelled around his domain.  Well, the good news for 21st Century food lovers is that one of these venues, Great Fosters, has recently been awarded a Michelin star for their Tudor Room restaurant.  Diners can now experience fine dining in this historic setting without, presumably, the other excesses associated with Henry VIII.  This was a triumph of a meal and gave that warm, happy feeling to be there eating it.

Here, Douglas Balish (formerly of the 2 Michelin starred Whatley Manor) displayed a menu which, to me, frankly made it hard for me to believe how he was not awarded this star earlier.  I was relieved to find out that there was not enough time in his first half year there to gain the necessary inspections.

The set lunch menu was outstanding value for all of the add on extras (which I do vehemently believe make a lot of difference) and from the moment I entered through the novel door in a door staff were present and at the ready to guide and host.  I found the food elegant and carefully conceived showing technical skill in some cases not too out of place in some 2 Michelin starred venues I have been to.  Much pleasure was gained from the fragrant amuse bouche with delicate beef skin, the clever pork main and the superb petit fours which all registered well on the Richter scale.

Above the very reasonable set menu price (see below) I thought an especially nice touch was the option to have cheese instead of a dessert within the set menu and a choice of 5 from a very comprehensive list that was also interesting to read.  The truffled honey that went with was a triumph and frankly I could have just eaten this like soup with the lovely miniature spoon it came with.

A quality meal all round in a striking setting.  I didn’t have a chance to look at the Greenhouses along the rear driveway but based on the set menu here, it is a definite marker in the sand to ensure going back to see the menu in full song another time. 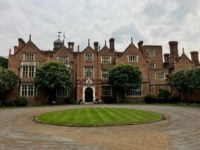 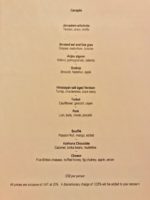 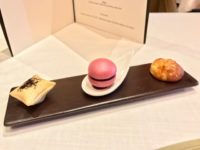 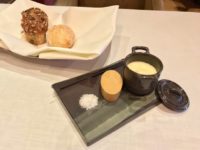 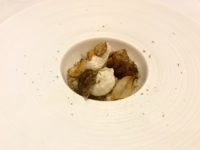 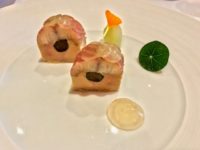 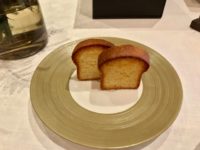 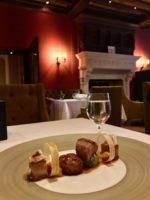 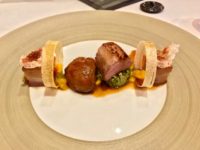 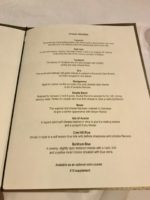 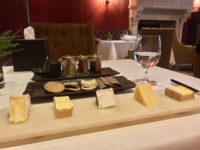 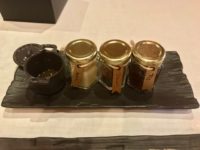 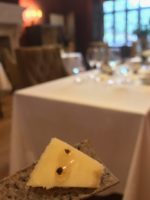 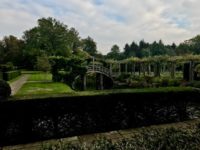 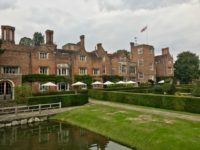 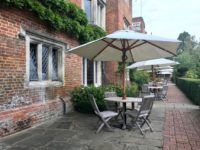 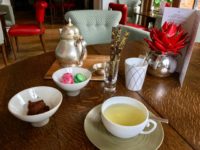 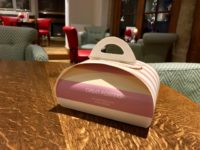