This was a delightful meal.  The interior looks quite formal and perhaps more unique in its Student town surroundings, therefore I would say it is perfectly suited to evening and more romantic occasions rather than others but foodies will be happy here whatever the time of day.  A pleasure to try this restaurant which also revealed a very reasonable set menu at lunch as well if you wanted to do a more economic ‘reconnaissance’ before deciding whether to splash out on a full blown evening dinner.

The flavours first and foremost were absolutely marvellous on everything I tried from the bacon bread onwards.  The duck liver parfait on chicken skin may not have been the most calorie free but was among the best I have ever had with its lovely maderia gel and smoothness of texture.  The smoked haddock velouté was superb and the clever grouse wellington for one was very reasonable for £20 I thought as a main (most mains let alone an in season ingredient will be minimum £20-30 in Michelin starred restaurants) and had a delicious pine emulsion to go with it.  So much so that with the jus, even I, a sauce freak had an almost overdose of sauce and did not really need the bread sauce in the end, but was nice to have even if I would have preferred this to being slightly more lumpy rather than puree in texture.

Simple sides accompanied the meal which almost had French richness akin to Le Gavroche so I would recommend an appointment with the gym before or after a visit to Turners but what’s life for if you can’t indulge every so on? 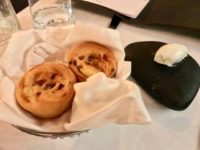 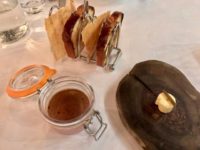 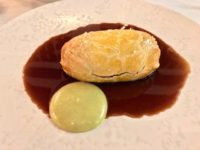 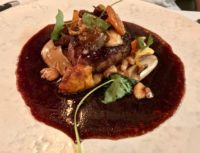 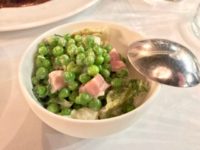 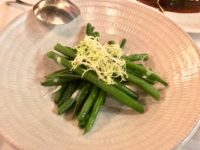 Beans with remoulade and salad dressing 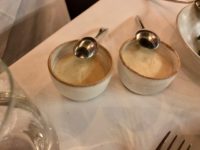 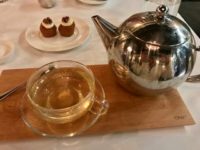