Well, what can I say, apart from if it’s good, it’s good!  Not only does this ‘restaurant’ come with a complimentary Spa service (choice of one treatment ranging from a haircut to pedicures, manicures or various types of massage) but also unlimited anything on offer.  The only tiny hitch in the plan being that these meals are roughly £4,000 per person on average, as this is the general starting price for a First Class ticket anywhere.  That said, an upgrade from Business to First (after cashing in all my remaining Skywards miles in Dubai) meant I was able to finally experience their restaurant (before most probably starting afresh with a new airline).  Here are the pictures of both the First Class lounge restaurant and the subsequent food on the A380 flight from Dubai to London and the full review beneath the photos.

The buffet had a very good selection of cold and hots from English breakfast favourites (excluding pork), continental and Arabic choices.  The main difference between the Business and First class lounges with Emirates is that the latter has table service and this service was basically the closest thing to that at Le Gavroche I have come across.  I was too busy tucking in to the foie gras with apple jelly and salmon fillets with honey mustard dressing that the bread basket had gone cold; I apologised and asked if I could have a fresh croissant and the waitress looked in horror at the fact that this could have happened and how she could have missed this.  The service was faultless and all the breakfast choices were on par with a luxury hotel in the UK, right down to the wonderful choices of smoothies in addition to the choices of champagne (Moët or Veuve).  The food was, in general well prepared and I found out that the reason for this lounge being special – you are simply treated like a Demigod.

On to the flight itself and the freedom menu for First class is cooked in the A380 ovens freshly to order, whenever and however many times you wish for the duration of the flight.  The fresh fruit on arrival to my ‘cabin’ was very good although I did find the mango puree dip a little too sweet for my palate and teeth.  The menu choices were extensive but I favoured sticking to amuse bouche portion sizes of food after breakfast in the lounge and therefore the little salmon soufflé with baked curried lamb and beef were pleasant enough as were cooked in 15 minutes from fresh.

However the real star of the show was the caviar with chopped egg and crème fraîche on blinis with lemon squeeze and my first ever taste of Dom Perignon.  As Dom Perignon only produce in vintage years, the year on show for this flight was the 2004 and so it was obviously on the tip of my tongue to say, with a Roger Moore voice, “Errr, I would have preferred the ’55 myself” however, even the most recent incarnation of Perignon is a thing of beauty to have which I found out.  It’s difficult to know how truly accurate your senses are on a plane as your taste buds are affected at 40,000 feet, especially after your eighth glass of Perignon and second cocktail.

The first glasses I had on board, I remember to be utterly sublime – so sweet, light and fresh with almost a hint of vanilla; this champagne was like none other I had tried and I instantly wanted more.  And thankfully, this is exactly what happened.  The apple pie with custard was fine – quite a simple thing but the pastry was done to the right level (even though quite thick) and the custard was creamy,  tastefully portioned and with a glass of Château Guiraud (Sauterns) 2002 dessert wine (only in First, not in business), went down very well during a viewing of The Equaliser.

I had a very pleasant chat with those looking after me on the flight and after a shower in their in-flight spa with underfloor heating (no joke, and only in First class) I felt utterly refreshed for landing back home.  I think the alcohol and the sensation of being utterly pampered to God-like status probably threw my senses a bit and may have made me enjoy the food more than it truly was, however, it is a quite a statement to think that I know of restaruants that would not serve food to the level on this flight(!).  Bad for them; good for Emirates A380 First class status.

Is it worth the price going in First class as an aside?  My gut actually says no, as although it is without question a more special experience in how you are treated from even Business class (I have actually had some bad experiences in Emirates Business class lounges by their greeters in Dubai and Heathrow being inexpliccably abrasive), the price tag is only irrelevant if you have enough money for First class to not make any form of dent in your account.  If you have to save for it, frankly, it’s probably better investing it as a deposit on a property.

Foodwise though, it was all luxury items done as well as it could be by the use of an oven at 7 and a half miles in the air, but impressive nonetheless that it was able to be done to a level where I could not recognise the food easily as pre-packaged food and it was essentially all coated with the incredibly generous service that it came with. 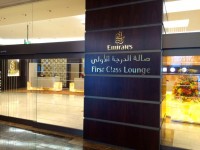 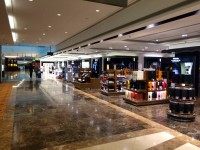 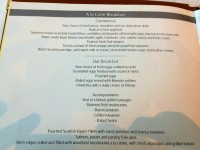 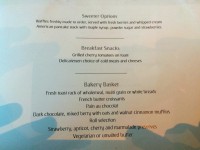 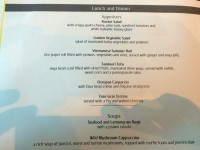 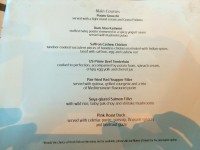 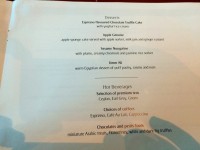 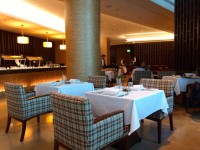 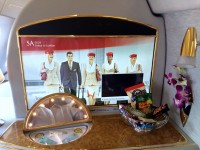 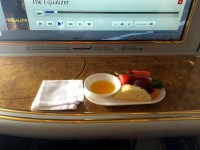 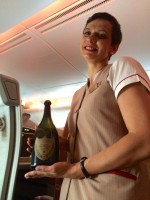 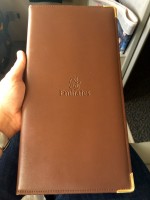 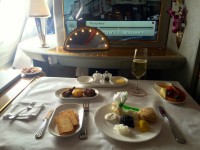 Amuse bouches and caviar with blinis 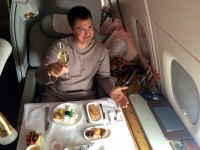 A rather fulfilled chap 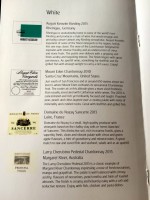 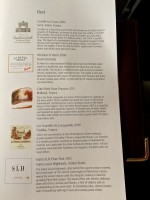 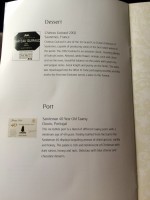 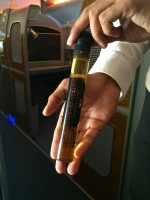 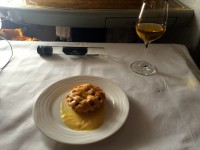