2 Michelin starred restaurant within the iconic Connaught Hotel in Mayfair with beautiful supporting bars, all held together by world class service

Another visit to this Mayfair hotel which I have very fond memories of as a child and was one of my earliest, grand dining experiences, at which I think aged 9 I asked for chips that were thin, like the ones you get at McDonald’s at the time Michel Bourdin was in charge and with 2 Michelin stars – thankfully, he obliged a rather resolute, young diner.  Years later, I find myself taking advantage of a value for money set menu lunch at £55, again whilst the restaurant has 2 Michelin stars, this time under Helene Darroze.  The lunch included three courses, interludes, two glasses of wine, bottle of water, tea or coffee and petit fours which, is actually a very good deal considering where one is.  The key question is how was it all……? Click on the expansion button for full detail.

Snacks included seaweed crackers with mackerel tartare which were light and decent.  Foie gras and the smoked eel was warm and pleasant and the churros cep and potato and with parmesan was light and pleasant enough.

The bread included a homemade campaillou (rye & wheat flour) and unsalted & Espelette pepper – both good, however, the pepper being a little distracting from butter.  The butter itself from Brittany takes 3 days to make the butter from Jean Paul, making it with wooden paddles to relax the butter.

Lobster from St Ives in Cornwall (another place I visited as a child) was my chosen starter was beautifully fresh and came with vibrant lemongrass which was beautifully judged.  The pasta was actually the highlight and wonderfully fresh all round and the supporting parts of wild garlic, broad beans and white asparagus were very nice seasonal add ons.

Duck was my choice for main, served with beetroot and blood orange which was ok, but the spiced crust was more the star as was the softened beetroot, more than the quality of the actual duck itself.

A pre-dessert of pineapple & mint sorbet was creamy and refreshing – no issues with this.  The rhubarb with lemongrass foam was delightful with meringue – albeit with a subtle rhubarb; at least it wasn’t radioactively acidic as they often can be.  The rhubarb ice cream was the genuine hero of the dish however.  A bonus chocolate dessert was a combination with sherry and was fine and I could see that the sour of the Greek yoghurt cancelled out the sweetness of the chocolate nicely.  Having the sherry served at the table from the barrel and poured through the air was a nice bit of theatre as well.

Petit fours included yuzu chocolate, pineapple gel, apple tart and vanilla (with the latter being wow levels!), raspberry marshmallow and a lovely salted caramel truffle.  All in all, this basically meant an eight-course meal with three glasses of wine for £61 all in which, for London, let alone a 5-star hotel in Mayfair is superb value.  That will just about get you a starter in some Parisian 2 and 3 Michelin starred restaurants and is another example of where you really can get some exceptional deals in London.

The only catch being that as fun and lovely as this was, especially with the marble board menu at the beginning, it wasn’t blow your socks off, just shy of 3 star food at the same time.  If anything this appeared to be just poking in to a true 2 star meal, but was nevertheless a very pleasant experience and in excellent service hands.  Another tasting menu beckons for the next visit to pump up the wattage a tad I feel.

A very nice post-Christmas lunch with my folks enabling the experience of the a’la carte menu.  Entirely smooth and delightful foie gras as one of the starters and the presentation was without fault.  I was lucky enough to have the sweetbread main which was essentially an entire pancreas with white truffle shavings making it an entirely decadent and luxurious option.  A silk experience of a dish and lovely to have done.  The set menu which was also had at the table showed real style in terms of design – the price tag here for some of the dishes would certainly testify. 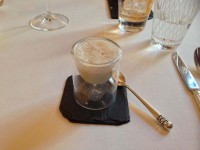 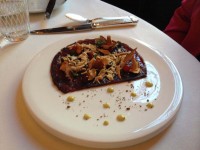 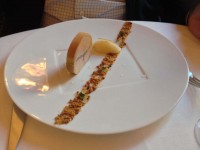 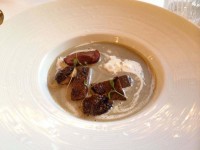 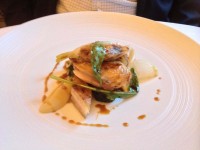 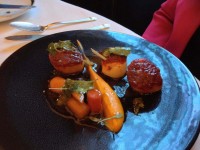 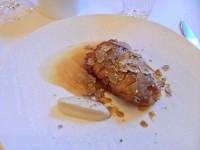 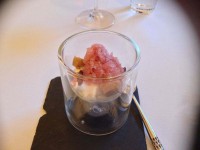 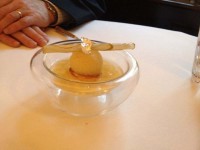 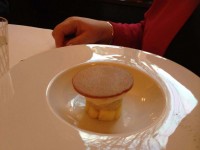 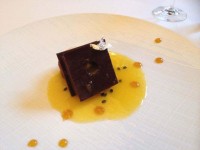 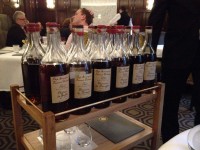 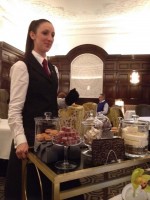 The Connaught has been a special place in my family’s past from parents visiting many times when they were my age along with childhood glimpses for me at Birthday and special occasions and now as an adult I am very glad to see that its signature strength of entirely warm service but remaining unpretentious at the same time is still holding true.  A very nice meal all round though and this venue would work with any special celebration of parents in the close-to-retirement bracket as a very safe bet but it certainly would not be a lost occasion for the younger sophisticate who wanted to stretch the Michelin experiences.

The food was extremely well balanced on this tasting menu occasion and stylishly created yet my only negative is that I cannot remember too many of the dishes which is not a good sign in terms of the genuine impact they had in the mouth.  The custard foie gras starter was without a doubt lovely and the creativity of all the remaining dishes was pleasing which was the overall impression gained.  The wine menu was impressive and the options were carefully selected by the sommelier and were enjoyably original. 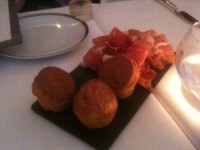 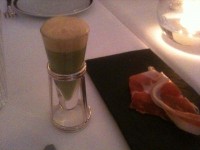 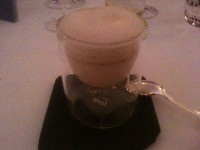 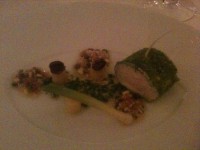 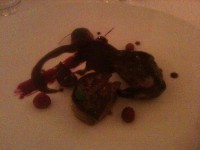 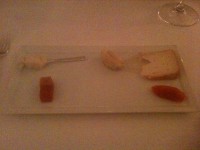 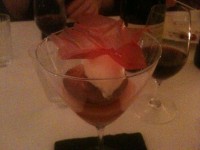 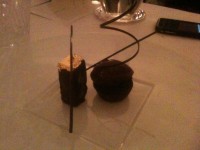 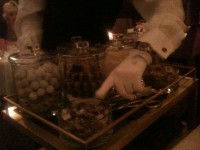 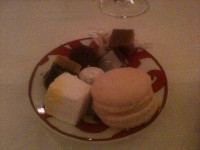 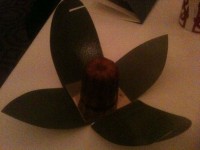